Thursday was my clinic appointment prior to chemo on Friday. Last week I had a scan to check how treatment is working. The scan showed the lump is smaller and all is going well. I've acquired a tickly cough at night which is a side effect of treatment but my oncologist got me to have a chest X-ray just to check all is well. No problems seen and my blood results are OK so treatment went ahead as planned. With that in mind I needed to plan for some sewing over the weekend. I can do some machine stitching but I find I need lots of naps. Cutting pieces doesn't work well at this point as I seem to lose concentration quite quickly and I also fall asleep easily. I've found a variety of projects to work on helps me chill out and relax. On Friday afternoon after the chemo I decided to watch TV and woke up 6 hours later. I also slept all night so on Saturday morning I felt quite rested.

Saturday was a lovely warm day and John and I had some errands to do. We needed to pick up a recorded delivery item from the sorting office. Following this walk I cut out the pieces for two of the star blocks on my compass quilt. The cutting went well but I think I unpicked every seam on this block twice. 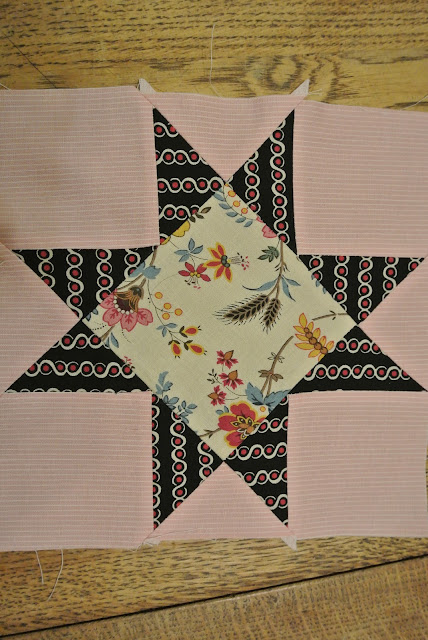 I'm still not happy with it but it will do for now. After that we walked to the store to get some milk and bread (and a little treat). The little treat was enjoyed with a cup of tea before starting to stitch the second block. this one went together easily. 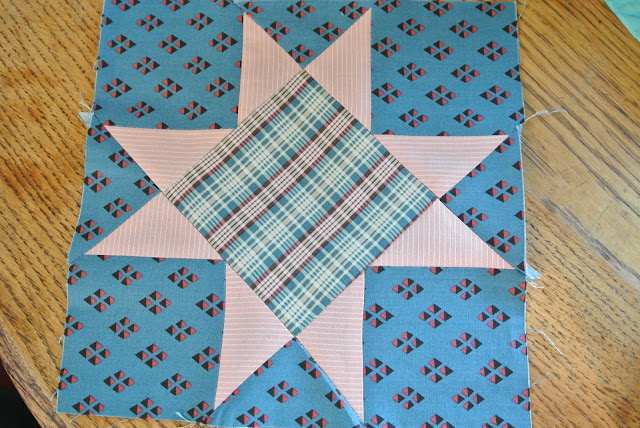 It was nice sitting at the dinning table sewing. John was working on his laptop at the opposite end although he disappeared when I prepared to take this picture. 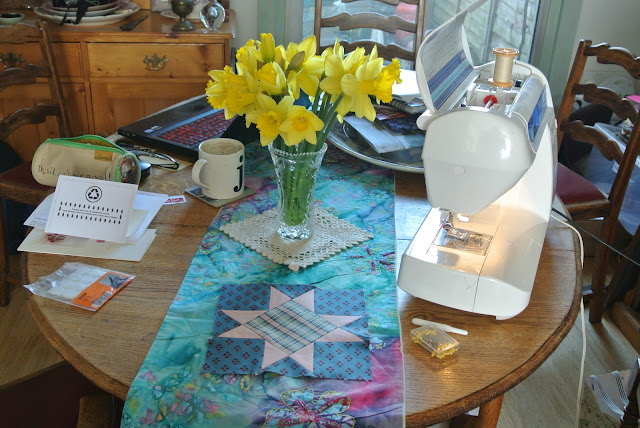 A little later since I was feeling full of energy we decided to drive to the common and give Scamp a run. Not such a long walk as usual but we all enjoyed it as the sun was warm. During the evening I did some knitting, watched some more TV and finally went to bed to read as I didn't feel tired.

Today we took Scamp for a longer walk walk over the common and the weather was even warmer. It is lovely to see the sun after the bleak, wet days we've been having. Once home I decided to cut and sew another block for the Austen Family quilt. This time I had problems with the cutting. First I cut two squares into quarter triangles when I should have cut them into half square triangles and then I cut a strip 4 1/4 inch instead of 4 1/2. I have a lot the fabric so it didn't cause a problem just annoyance. However this time the sewing went well. 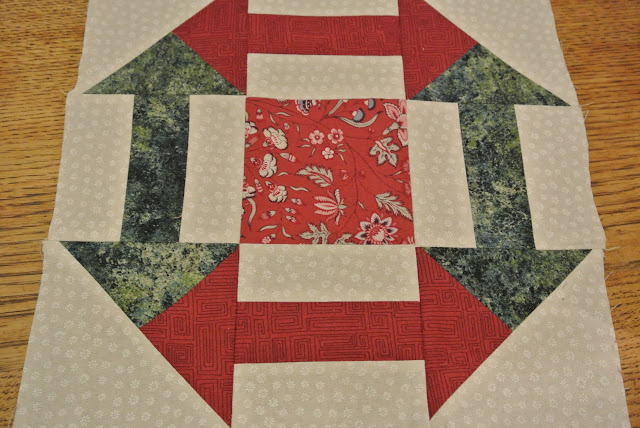 Then I really had to get down to one of my least favourite jobs - repairs. John had a couple of shirts that needed buttons re stitching and I'd torn a small hole in the side of a top when I got caught on a pin at work. This evening I eventually made a start on sewing on some more badges to the camp blanket. Oh why don't I sew them on when I get them?  Most of this lot have now been added, just 5 to go. That isn't the end of them as I have a bag full to add. I haven't really sewn any badges on for 4 years. 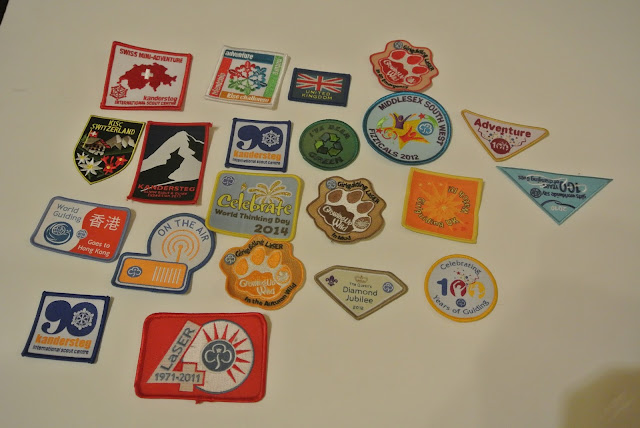 I was going to do some more on Millicent but decided not to as just stitching the badges down was rather taxing. I'm not sure my embroidery stitches would have been straight. Hopefully tomorrow night I'll get to do more embroidery.

I'm linking with Kathy for her Slow Sunday Stitching Hand stitching on a Sunday is very restful and gives you a little space to think. Do go and see what everyone has been working on today.

Lyndsey
Posted by Lyndsey at 23:16