Yesterday was busy with one thing and another. I needed to do several jobs around the house, cleaning the bathroom and kitchen floors, doing some laundry and when it cooled in the evening doing some ironing. When cleaning I find the majority of my time is taken up with returning items to their rightful home. The problem of 4 adults and two pets in a house is they all leave things around, usually meaning to put them away later which doesn't always happen. I'm also guilty and tend to leave some sewing bits about. My sewing cupboard is in the dining room and I use the table. When I pack my things up so we can use the table for dinner I generally pack everything away but this week because I'm on leave I have the chance to sew again the next day and have left bits on the two chairs that aren't needed. I'd also been pulling out different fabrics to chose what I wanted to use, so today there was more items than usual to put away. Once all the extra bits are dealt with it's very quick to vacuum the rooms,dust, and mop the floors where needed. Even Scamp and Picasso leave their toys around. Mind you I'm much happier when Casso is leaving toys around than when he leaves a dead or live mouse about the place.

I wanted to do some baking this morning. I had 4 very ripe bananas and so banana bread was on the menu. I use the BBC Food Banana Bread Recipe as this is quick and easy to do. The oven is running a little hot at the moment and I must get it re-calibrated but when we cut the banana bread it was very moist. 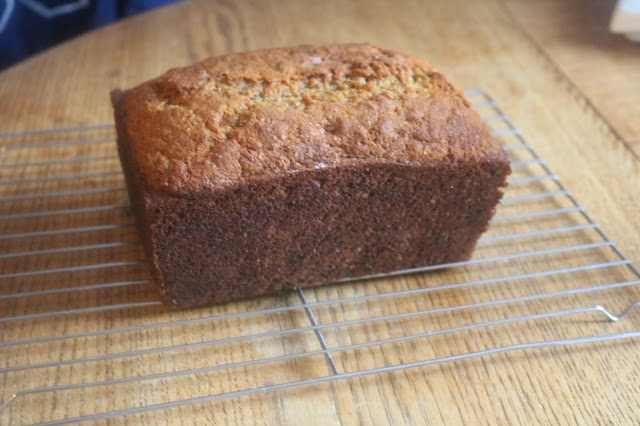 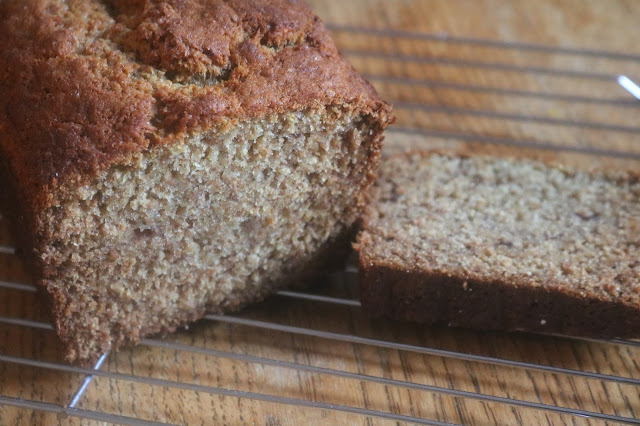 I followed that with a wholemeal loaf. We don't eat much bread at the moment. When I'm at work I'll often take sandwiches for lunch but at the moment I'm enjoying salads. 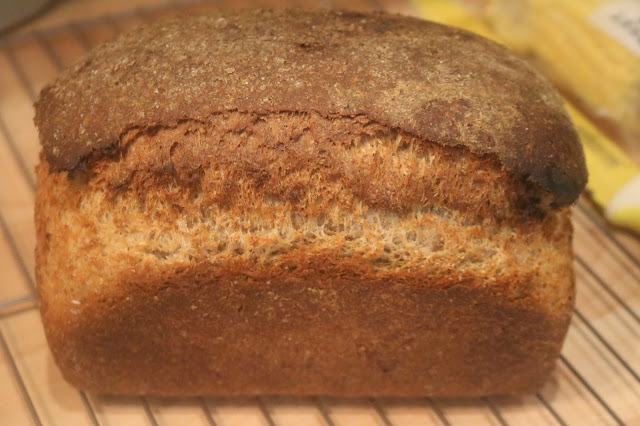 I have the quilt sandwich made for the Rainbow quilt but it was so hot I didn't feel like working on it. Instead I checked out some older projects. It's always good to know what projects you've got and where they are in the quilting process.

A while back I made blocks for a quilt using large hexies. I think I did this for the rainbow scrap challenge.  I pulled this photo from blogger rather than take a new one. 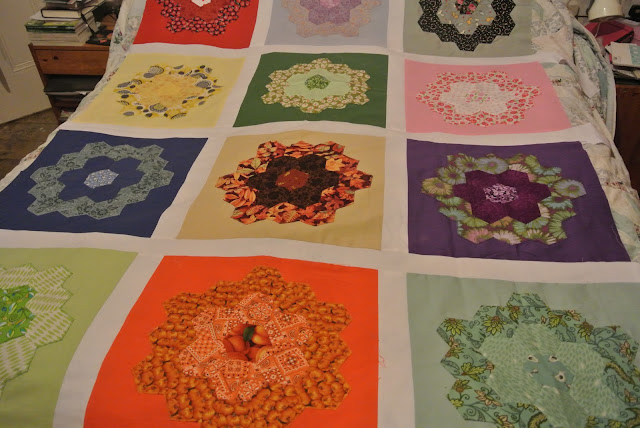 The blocks are 15 inch square finished size and there are 3 blocks across and 4 blocks on the length. I can remember deciding that this top needed another row of blocks to make it 4 x 4 but at the same time I decided I didn't like the blocks. Hence why it has been languishing at the back of my sewing cupboard. Having taken it out and looked at it again I actually like the blocks and so does John. Currently the top is 66 x 51 inches but I would also add a border . I think it needs another row to turn it into a square quilt and once finished I have a vacancy for a quilt in our main room.
Currently we have an old quilt that belonged to my mother for many years and came to me after both my parents had died It wasn't made by my mother but has been in the family a long time and so is part of the family. It needs quite a bit of repair work doing. It lies across the back of our settee which is in front of our south facing window and the sun has damaged the fabric. Add in a little help from Casso and Scamp who like to lie here to take their sun baths and you'll understand why another quilt is needed. I won't be getting rid of this quilt but I will repair it.
Having made the decision to add another row I needed to decide on the colours for 4 blocks and then I started to pull fabrics from my stash. Yesterday afternoon was such fun and left the dining table covered in fat quarters and scraps. I decided on fabric for two blocks before I packed everything away. Sorting and stroking fabric is most relaxing.
In the evening I worked on the butterflies. I completed all six butterflies I'd started including the outlining. I have three left to stitch 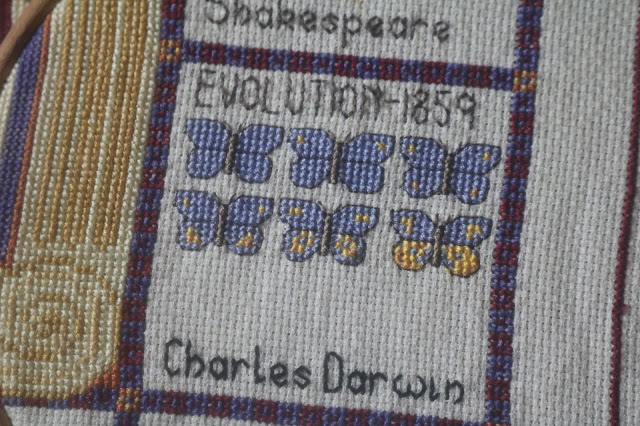 I won't get any stitching done this evening as we are going over to visit Katy and Olly for dinner at their new flat. They also have a new kitten who is 9 weeks old. I'll post photos tomorrow.
Today the hot weather is due to break. We had some rain during the early hours of the morning but not nearly enough for our parched garden. There have been thunderstorms all round London since Tuesday but  so far they have missed us. I hope it doesn't thunder while we're out as Scamp hates it. Both he and Casso are house trained but if he's alone and it thunders we sometimes come home to little accidents. Katy's kitten is too young to take Scamp with us so he will be home alone. We'll leave the radio on for him as company and the lights will be on, so provided it doesn't get too scary he will be fine.
John and I have our usual walk round the cemetery planned and then I'm not sure what I will be doing. If it goes cooler I will be very happy as I find this heat draining.
Take care
Lyndsey
Posted by Lyndsey at 16:36 1 comment:

It's cool to be square