A visit to Corfe Castle

I said I'd post about our trip to Corfe Castle on Monday but I ended up injuring myself in the morning while walking the dog. I always walk Missy before I go to work ,at about 6:30. It was really dark and we walked down one road where some of the street lights were out. As we walked past a tree I didn't see the raised tree roots and the next thing I knew I was on the floor. Missy was whimpering loudly and my face was hurting and there was more blood than I would have liked. We abandoned our walk and went straight home so I could stop the bleeding and get cleaned up. It took some time to calm Missy down from her fright. Over the next few days I started to realise I had other injuries including my hands, wrists and knees. So I have been resting and have made good use of the time to catch up on my reading.

On the Sunday of our weekend away we wanted to visit Corfe Castle. Corfe Castle is both a village and the name of the castle that sits on top of a hill overlooking the village. The castle is a magnificent ruin with the oldest parts dating back to the 11th century. The castle was built following the Norman invasion of 1066 and unlike most castles from this time was partially built of stone which means it was of high status. We had hoped that Sunday would be dry but the rain clouds started gathering as we drove to the castle. We were well prepared with waterproof clothing and so we set out to enjoy our visit. 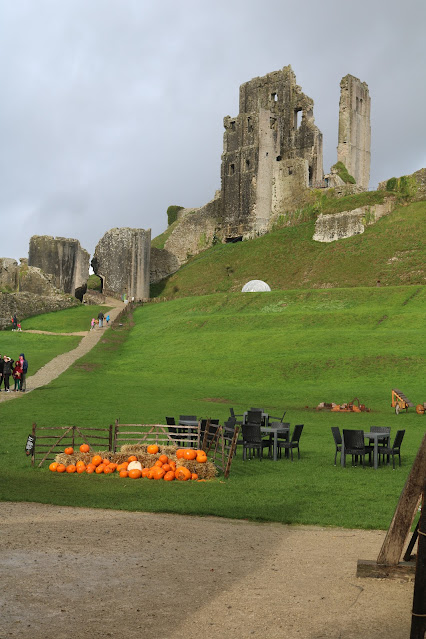 We visited the castle on the 30th October so they had pumpkins for people to take home and carve for the following day. As you can see the path up to the castle is quite steep and the stones were very slippery after the rain that started just after I took this photo. You can't see it in the photo, but a zip wire had been set up from the castle to the path. This was for intrepid teddy bears and other cuddly toys to show their bravery. As the day wore on more and more children were arriving with the toys. I've marked the zipwire in the picture below. 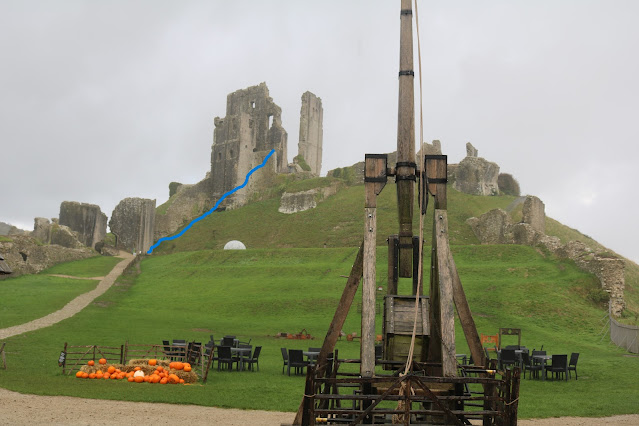 As we walked up the hill the view was very good and you could watch the rain rolling in. 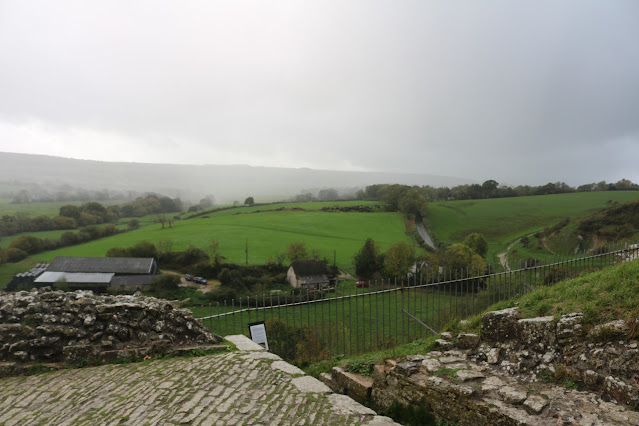 The rain produced a pretty rainbow, the end of which seemed to be rather close. One young girl wanted her dad to help her go and look for the crock of gold at the end of the rainbow. 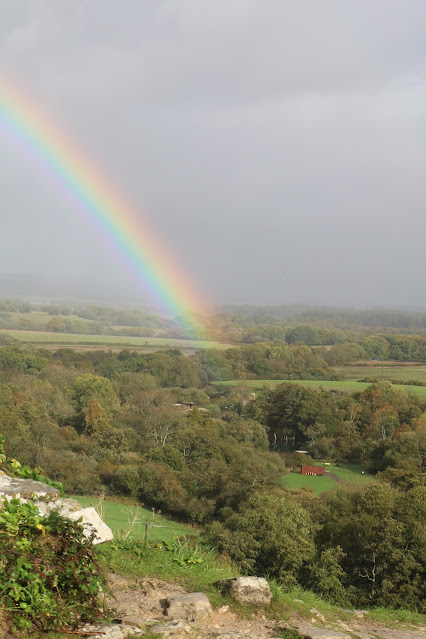 Although the castle was a ruin there was plenty to see and the National Trust who now own it had put up a lot of information boards to help people understand the layout. With the rain it was quite dangerous in places due to wet stone and mud. 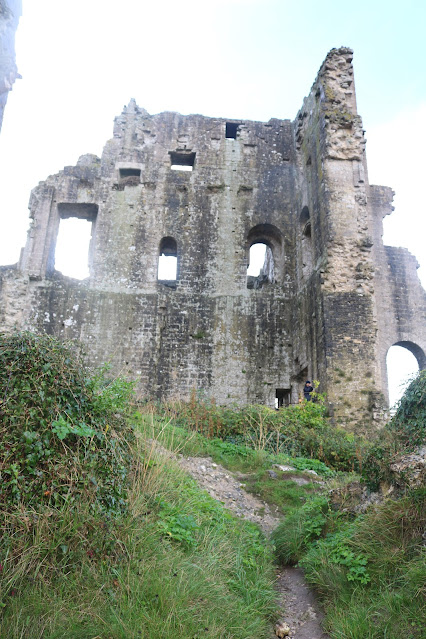 John and I often tend to wander around on our own and so I surprised John when we met up by taking his photo. He'd found a deep alcove to the left of the photo to shelter from the last shower. 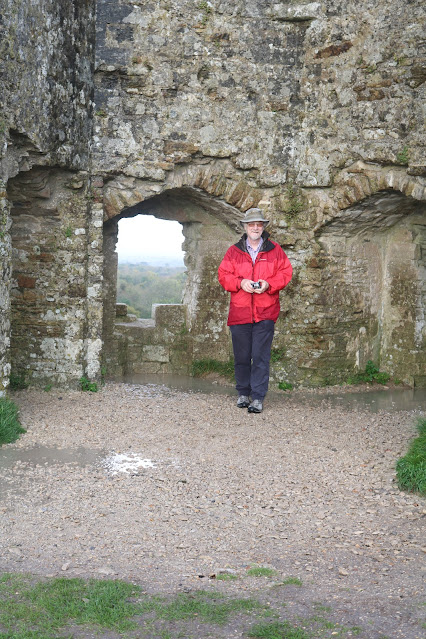 At one corner of the castle I found this dragon having a rest. He just wanted to nap so I left to and went in search of John as I needed some coffee. 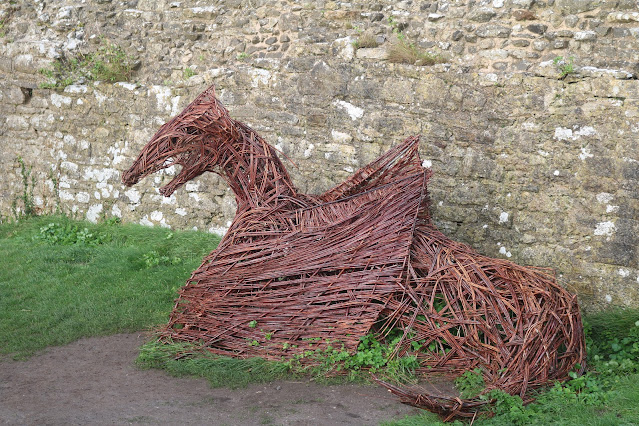 We made our way down from the castle, stopping to watch a couple of teddy bears descend on the zipwire. We walked around the village and then found the café where we settled for a coffee and a cream tea. It was lunch time but the café had hardly any staff and so weren't serving lunches. A cream tea proved a good substitute. It was still raining when we returned to our car and so we decided to cancel our next stop and drive straight home. We had an enjoyable and restful weekend and it seemed a good idea to drive home in the light since it was now raining heavily.
Our next weekend away is in a couple of weeks time, when I will visit my favourite quilt shop. I don't really need anything but it is always fun to visit.
i have done some sewing but I'll post about that soon. I need to take Missy for a walk before it gets dark and I have some cooking I want to do.
Take care
Lyndsey