The walking was the next stage of the Thames Path from Henley to Reading that we did yesterday. It's always fun to walk with John and Tony as there is conversation along the way although I must admit some of the talking was in my head as I worked through the various projects I have on the go at the moment. I never seem to listen to myself and I'm always starting new projects. I think I have enough on the go to fill the next 10 to 20 years.

Along with John and Tony I am walking the Thames path. The path takes you from Woolwich in London  back to its source. Well you can walk it in either direction but we are doing it that way.

The path is 184 miles long (294 Km) and is a nice gentle route. It follows the river so not alot of up hill and down dale. For most of the stages there is a convenient train station nearby, although in some spots getting from the path back to the station can add extra miles. Yesterday we decided to take the car to Reading and then get the train back to Henley. This way when we arrived in Reading after the walk there was no hanging around for trains. On the connections worked perfectly so we had time for a coffee before our first train and when we reached our change point our second train was waiting in the station.

Henley is always pretty but especially so in the sunshine. We didn't go into the town itself but turned from the station to the river. 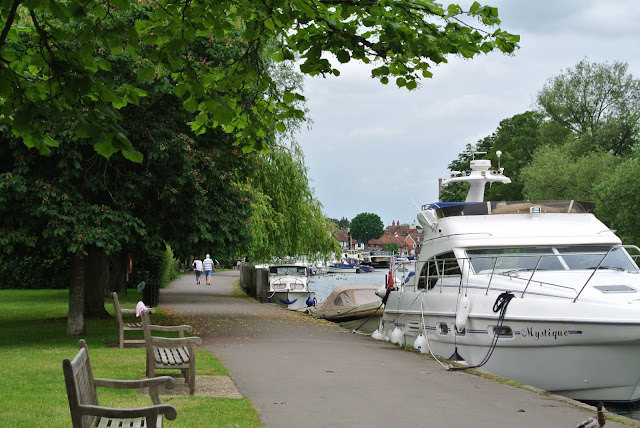 We hadn't gone far when we came to this walkway. 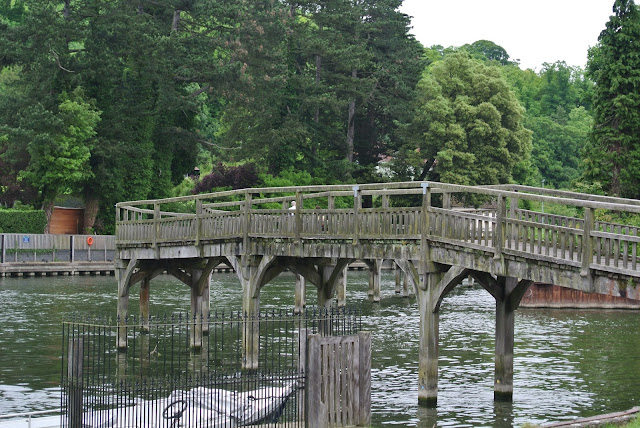 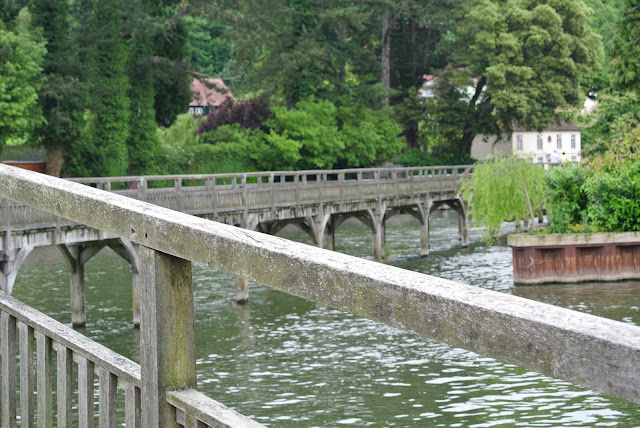 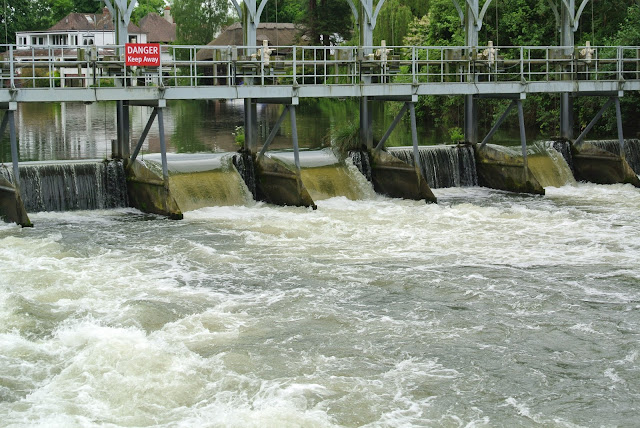 The walkway continued round and took us back to the bank. To the left of the weir and wooden bridge is marsh lock which I didn't take a photo of. The thames is the county border between Berkshire and Oxfordshire. We were walking on the Oxfordshire side as this is the side with the tow path. The lock and weir have been situated here on the river since the 1500's. On the towpath side there was a mill that was used as a brass foundry that blocked the route for the barge horses. Obviously having the lock on the opposite side to the towpath was very inconvenient for the barges so they built the wooden bridge for the horses to use. 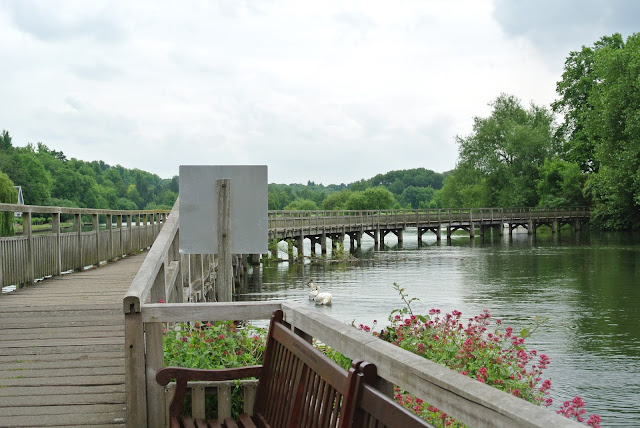 As we walked along the walkway I spotted this cute house and boat house. I love the thatched roof. 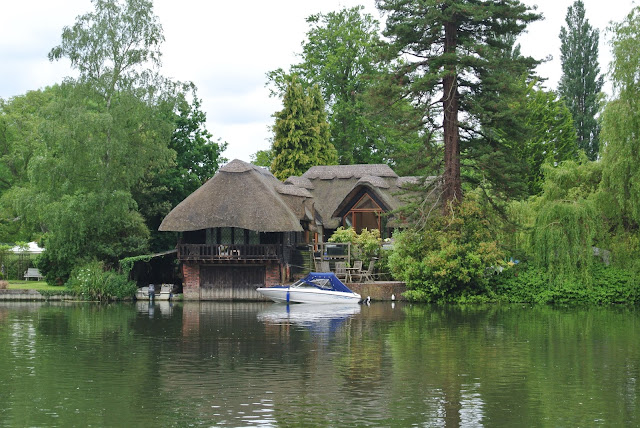 Back on the river bank again we over to the Berkshire side where there were steep hills. We also saw this bridge that was made from robbed out stone from Reading Abbey. The bridge carries a road over it. 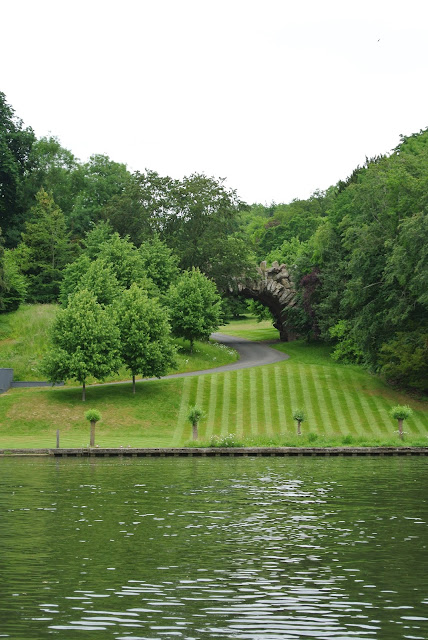 A little past this point the path turned away from the river and we didn't rejoin it until Shiplake. Here we stopped to have lunch at Shiplake Lock. Several boats went through the lock whilst we were there but I was too busy eating my lunch to take a photo. At this point we had completed about 3 miles with 6 left to do. After lunch we set off on the second stage to Sonning. This section was a little disappointing as the wet weather had encouraged the growth of the wild flowers so we couldn't see the river most of the time. The first two flowers I can't remember the name of. 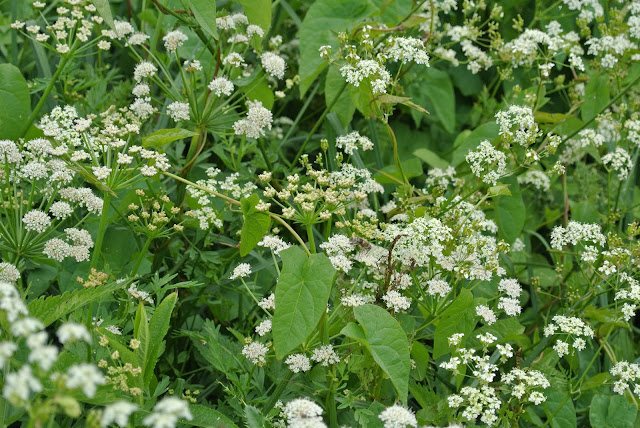 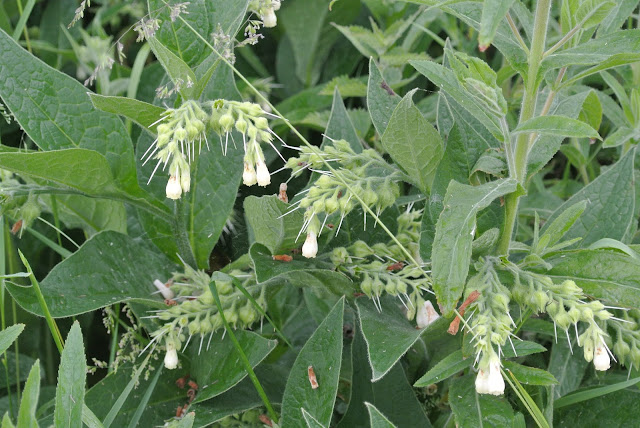 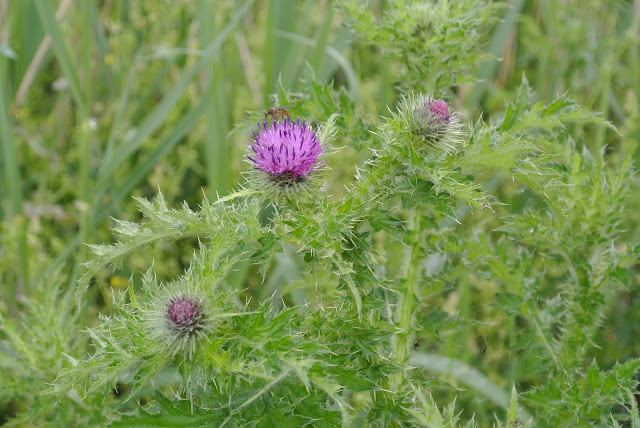 The thistles made a great patch of colour. 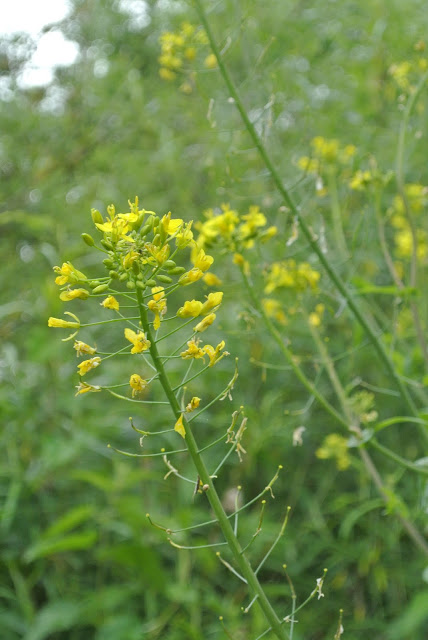 The rape had escaped from the fields and was growing along the path. 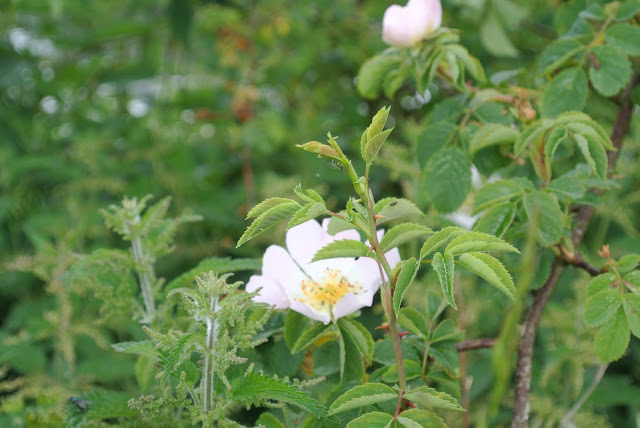 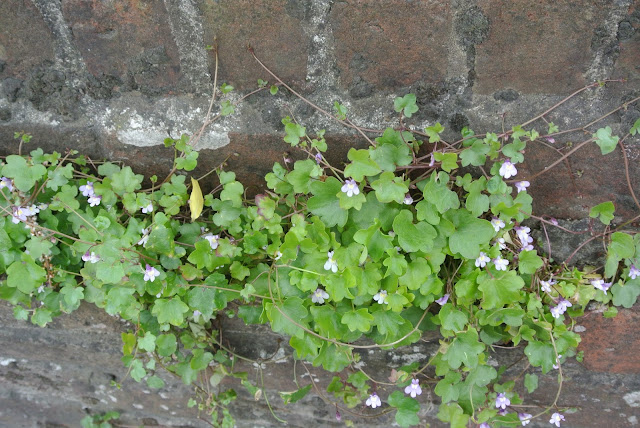 This was climbing along the brickwork of the bridge at Sonning.

There was another lock at Sonning but more interesting for a girl who loves her cups of tea there was a little cafe. We enjoyed a cream tea here, with cornish clotted cream. It was yummy. 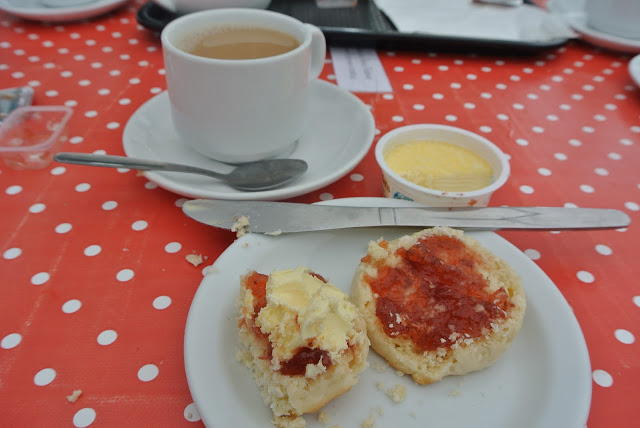 We had just under three miles to the end of our walk from this point. There were quite a few swans along the way. 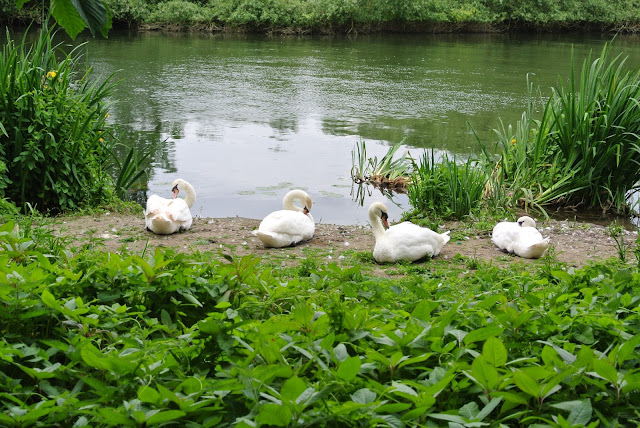 including a pair of black swans 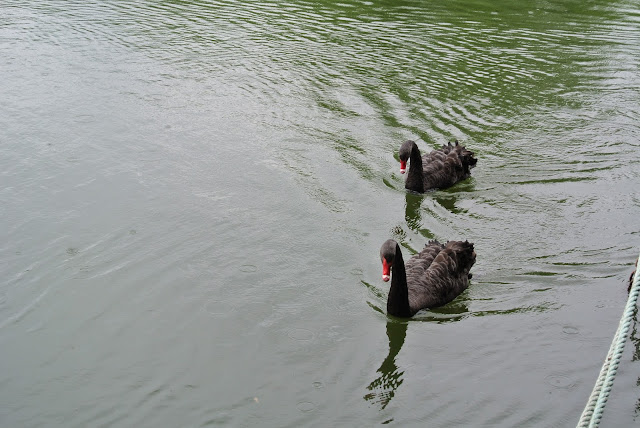 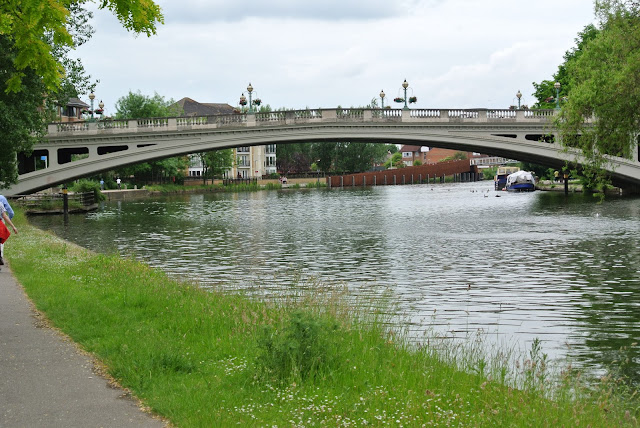 A short walk back to the car park and we were soon on our way home.

At home Scamp and Picasso where there to greet us like long lost relatives. The whole ritual of welcoming us home takes between 5 and 10 minutes depending on how long we've been away. Scamp in particular loves to give and receive hugs. Once they had settled down and we had eaten I set about looking for scraps for this months rainbow scrap challenge colour. The colour is teal blue (aqua) and I know I have a few pieces somewhere. I managed to find two small pieces but not enough to make my blocks so I shall have to add in other shades of blue. I cut some of the pieces for the blocks but at that point tiredness set in and I decided to take a long soak in the bath to avoid any possibility of aching muscles and joints from the walk before going to bed. So the walking and talking happened on Saturday but the stitching had to wait until today.  I'll tell you about that in my next post.

Hope you had some stitching time this weekend.

Lyndsey
Posted by Lyndsey at 17:25