Whilst receiving my cancer treatment we put completing the Capital Ring on hold but on Tuesday we restarted it again. When last we walked we had reached Finsbury Park. This is one of the largest open spaces in north London. 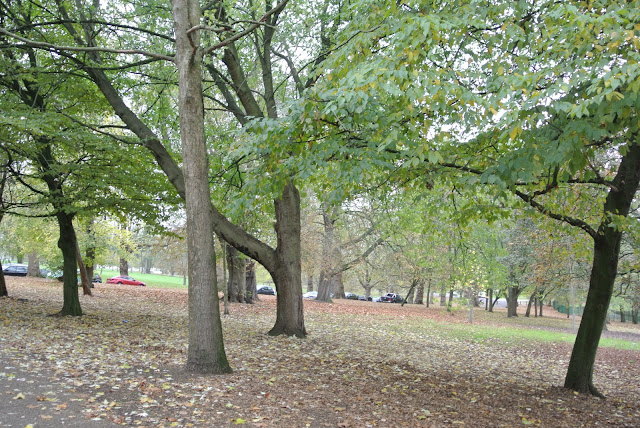 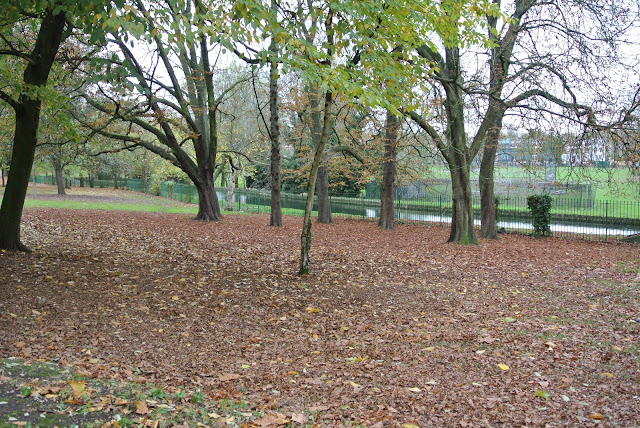 The park was developed from the old Homsey Wood and it opened in 1862. It was very tempting to kick through the fallen leaves.  From here we crossed a major road and continued our walk along the New River path. The New River isn't new and also isn't a river. It is an artificial watercourse that was completed in 1613 so that fresh water could be brought to London from springs near Ware in Hertfordshire. Originally it was a 40 mile course that followed the contours of the land and dropped about 2 inches every mile. Gravity moved the water along.

After crossing Seven Sister's Road we reached Stoke Newington's East Reservoir. As we walked beside it with modern apartments on our right we came across these lovely characters. First there was Mole, 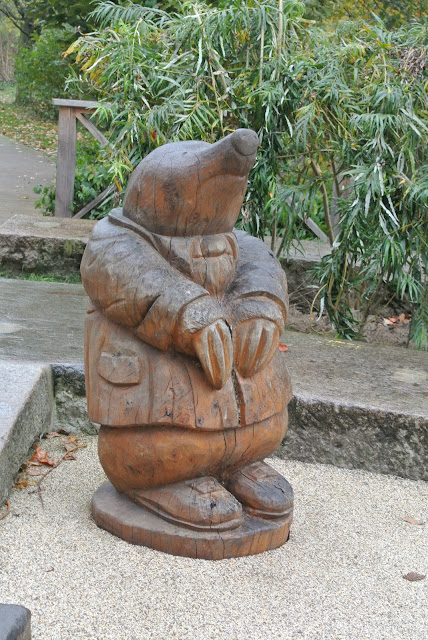 and then there was Toad. 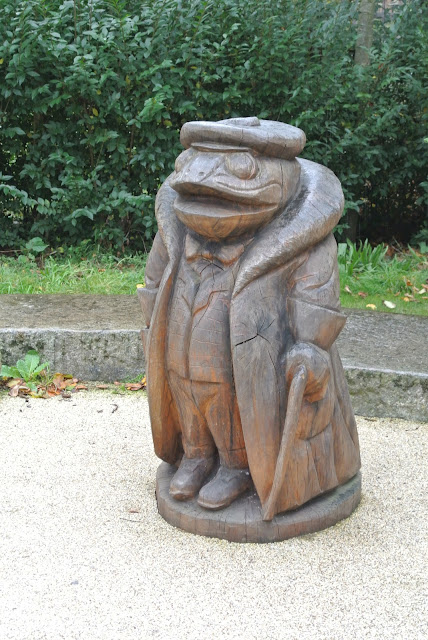 I kept hoping we'd come across Ratty but we didn't. However as we walked alongside the West reservoir we came across a giant silver ball water feature 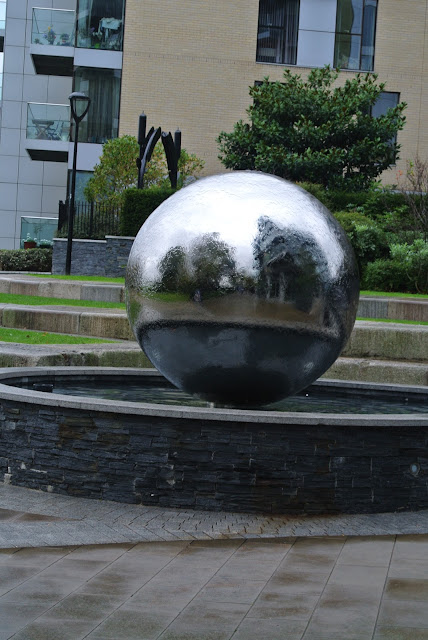 The light on the ball and the reflection in its surface makes me think of a large Christmas pudding. If I'd taken the photo from slightly further to the left it would have appeared to have greenery on the top.Behind the ball was a second water feature. 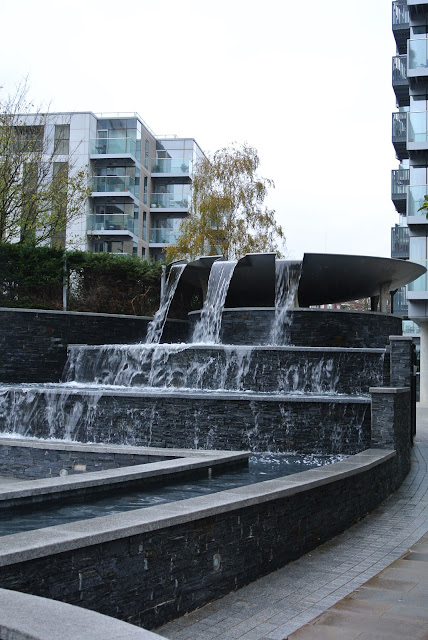 On the wall of the apartment block this creeper gave a great autumnal feel. 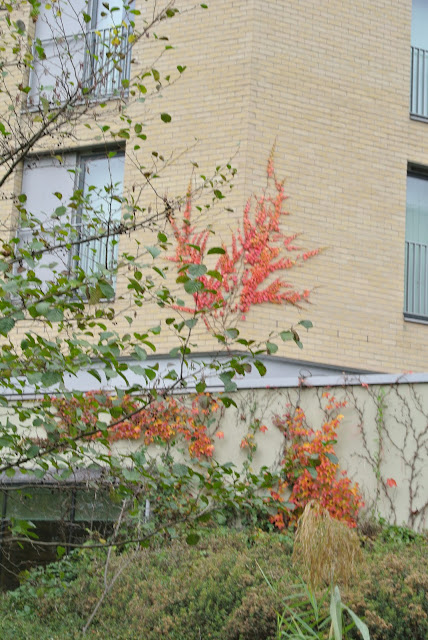 I took a minute to look across the reservoir 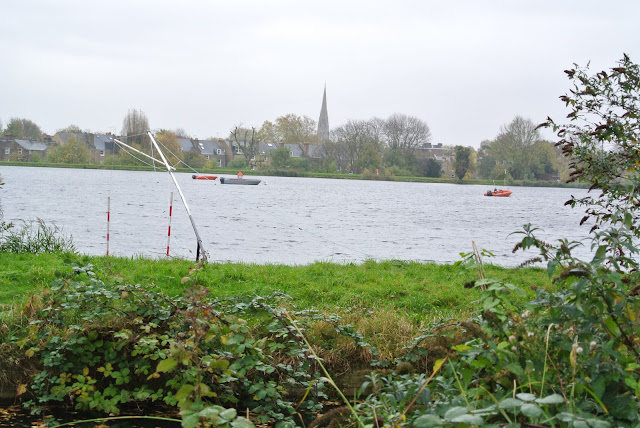 As we came to the end of the stretch of walk along the water we came across a disused pumping station. This was built in 1855 and is known as The Castle. It's now an indoor climbing centre. 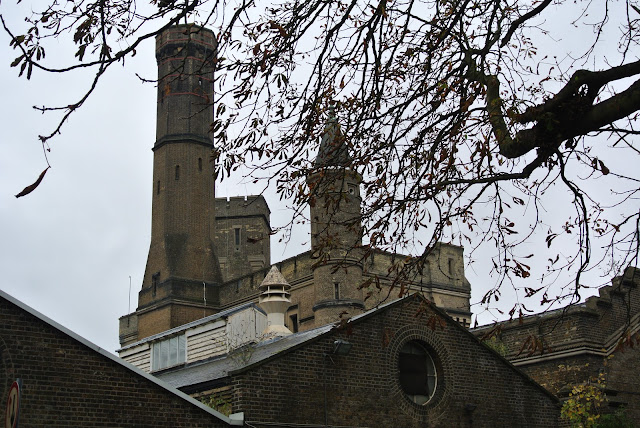 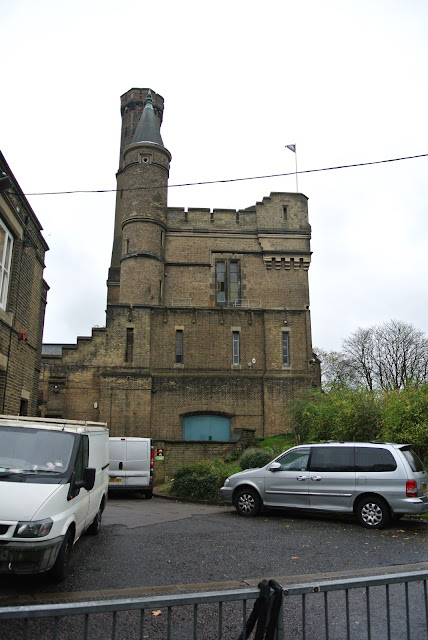 I loved the towers and turrets on the building. From here we walked along the road a little way until we came to Clissold Park. This park was named after the Reverend Augustus Clissold who was a local parson in the 19th century. Against the wishes of her father, who hated parsons, he courted Eliza Crawshay in secret. Mr Crawshay owned the mansion which was known as Paradise House and after his death when the Rev Clissold and Eliza married they renamed the mansion Clissold House. The house still stands in Clissold Park.
The arms of the benches in the park are very cute. 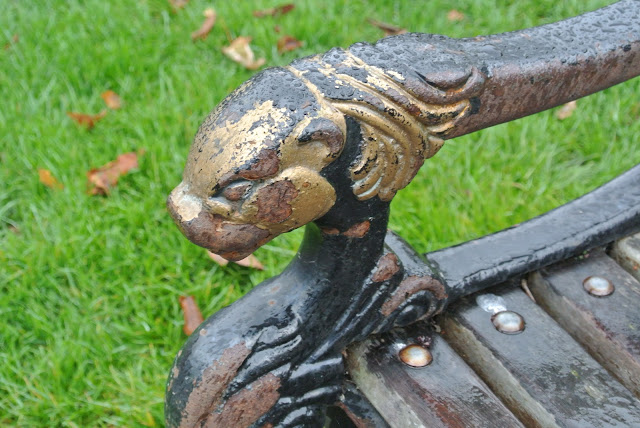 As we were leaving the park we walked past St Mary's Church Stoke Newington, whose spire of 220 feet sores above the park. 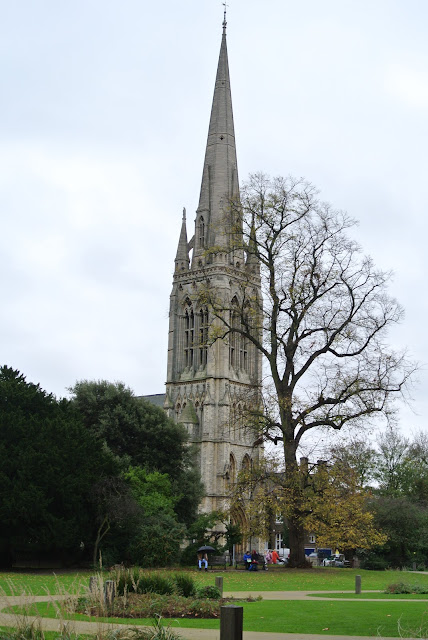 Down the road from the church we came across a plaque to mark where Edgar Allan Poe went to school. 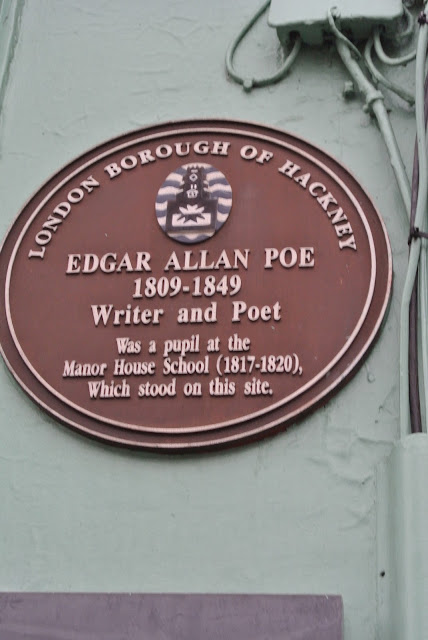 In the 17th and 18th century Stoke Newington was a refuge for dissenters who were excluded from the City of London. One of the dissenters was Daniel Defoe (1660 -1731) Defoe was a writer, political activist and a secret agent and his life is marked by a blue plaque on the wall of his house in Church Street. 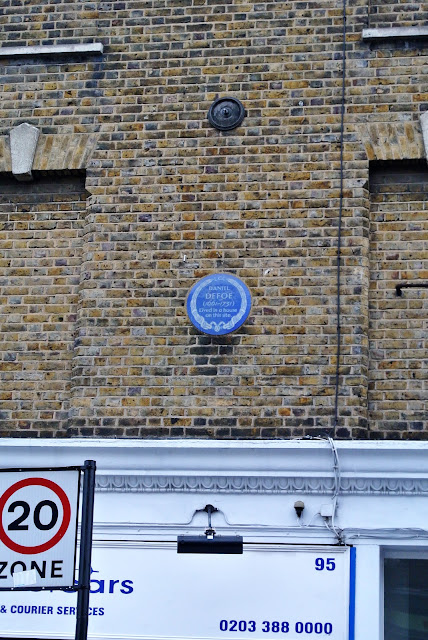 Not far from this house we entered Abney Park Cemetery. The cemetery was laid out in 1840 but never consecrated which meant religious dissenters living in the area could be buried there. The cemetery is also a nature reserve. There are over 300,000 graves and one of them is the tomb of William Booth (1829 - 1912) who founded the Salvation Army and his wife Catherine. 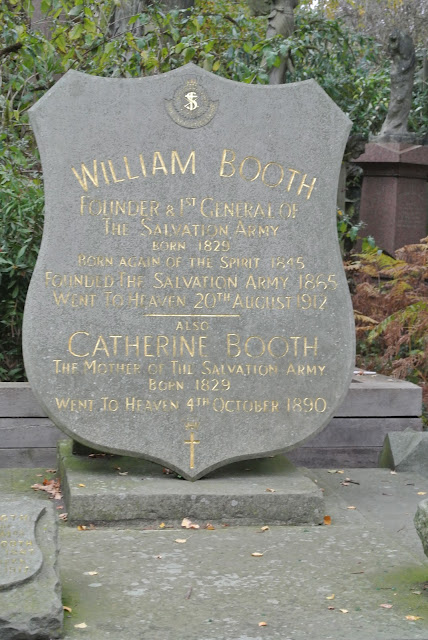 The war memorial in the cemetery is maintained by the Commonwealth War Graves Commission which was set up in 1917. 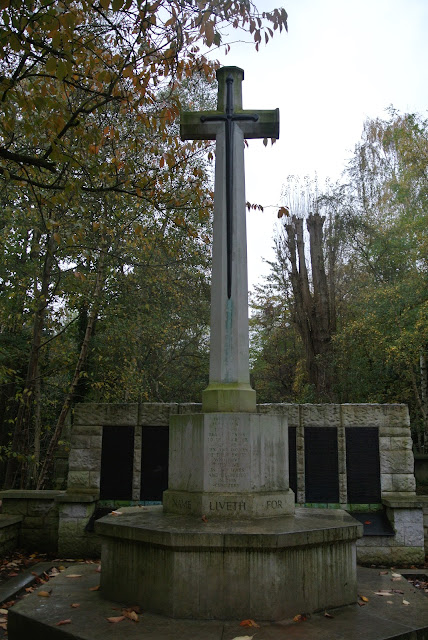 This derelict chapel was close by the war memorial, built in 1840, it's at the centre of the cemetery 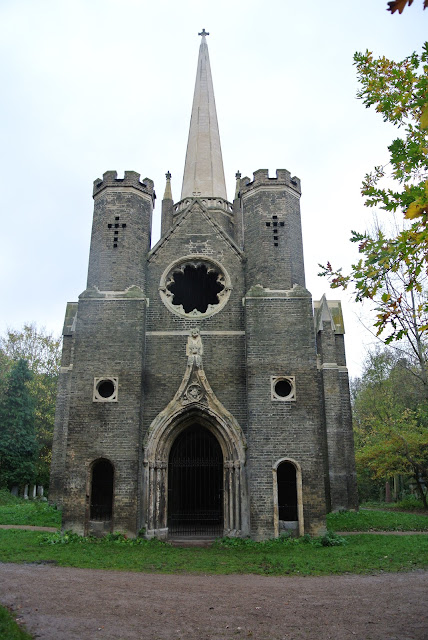 It would have been interesting to have a good wander round the cemetery but the weather was quite cool and rather drizzly so we left by the main gate and followed the map until we came to the Lea navigation where it flows with the River Lea. The Capital Ring joins the path beside the Lea Navigation for 3 miles. 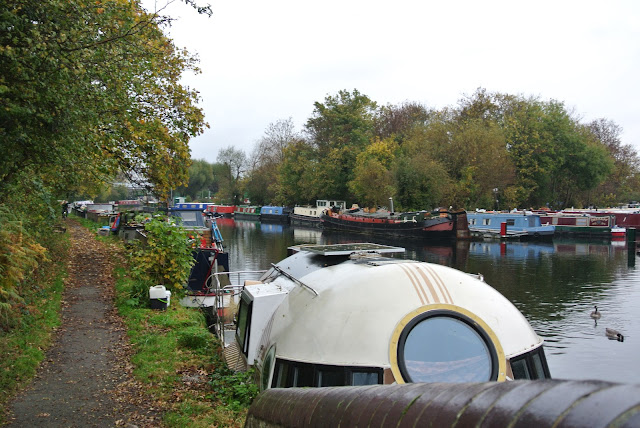 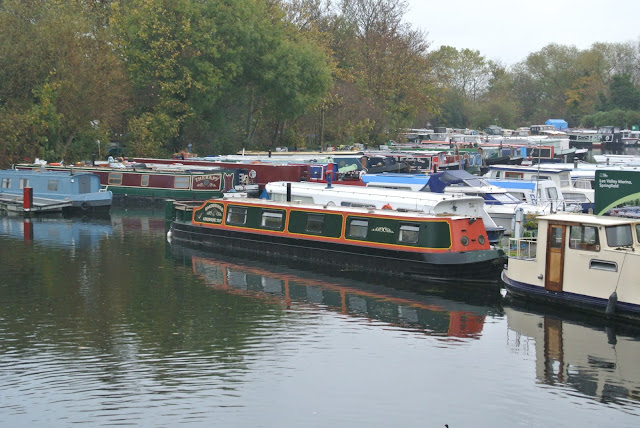 As we walked along the bank I spotted the Belted Galloway cows. 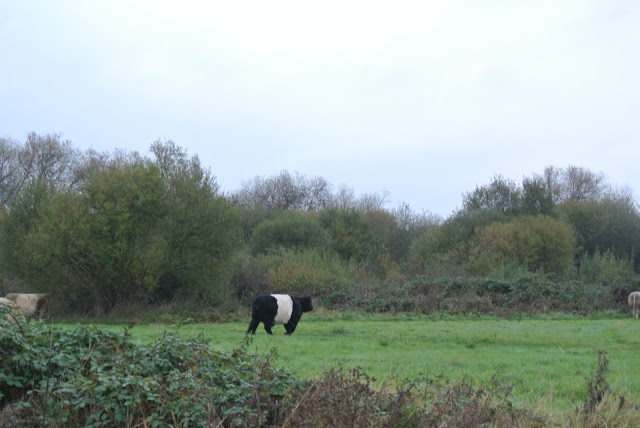 On our right was the Lee Navigation and on the left the Walthamstow Marshes Nature reserve. The marsh is one of the few remaining areas of natural wetland in Greater London. Having passed under the bridge carrying the Lea Bridge Road the navigation and the river part company and we continued to follow the navigation. Behind a long brick wall are the former Middlesex filter beds which is now a nature reserve. We went into the reserve to see the Hackney Henge. This is Hackney's version of Stonehenge. It's formed from the concrete blocks that provided a base for a pumping station 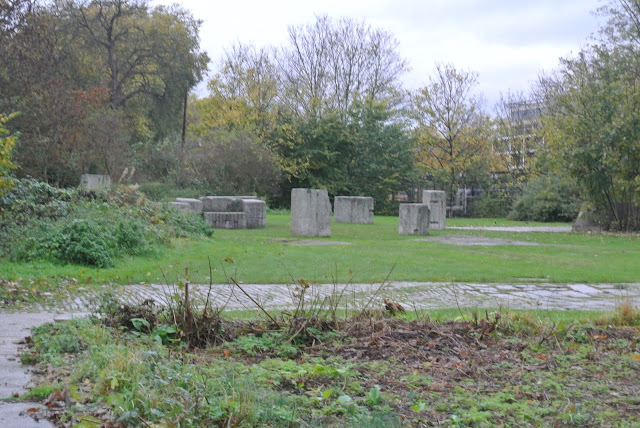 As we continued along the towpath we passed the 2012 Olympic Stadium. The area has since been redeveloped. 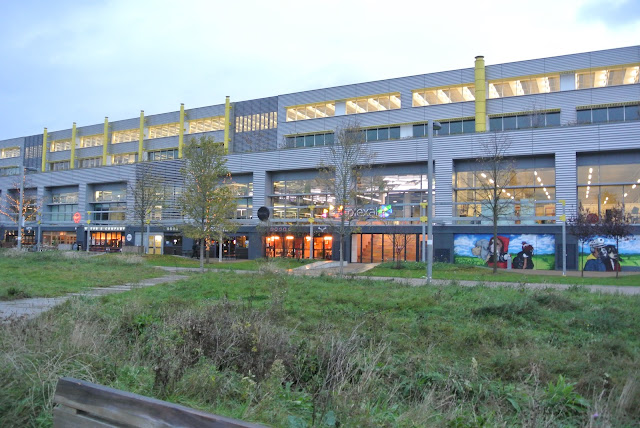 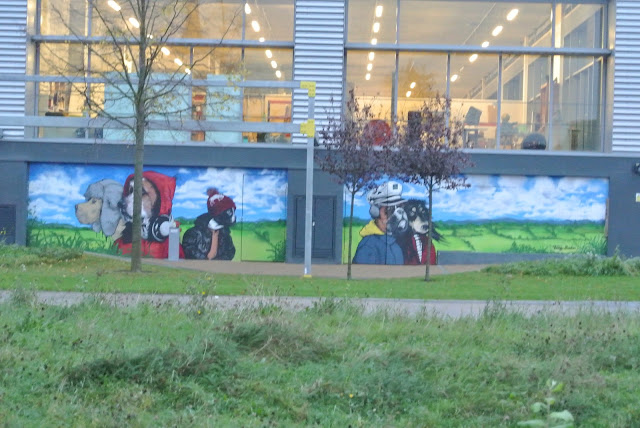 On the opposite bank were restaurants selling street food. 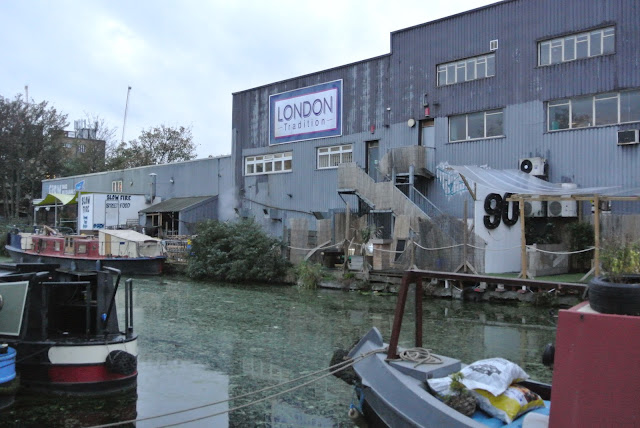 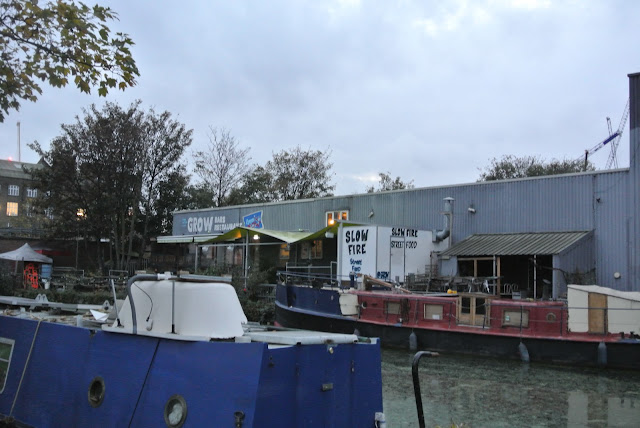 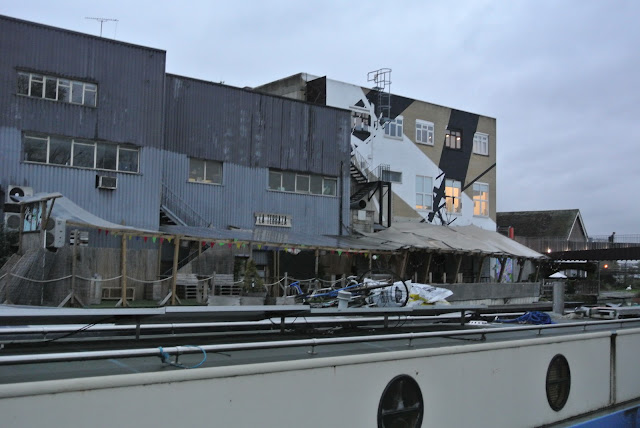 I liked the artwork on this building. 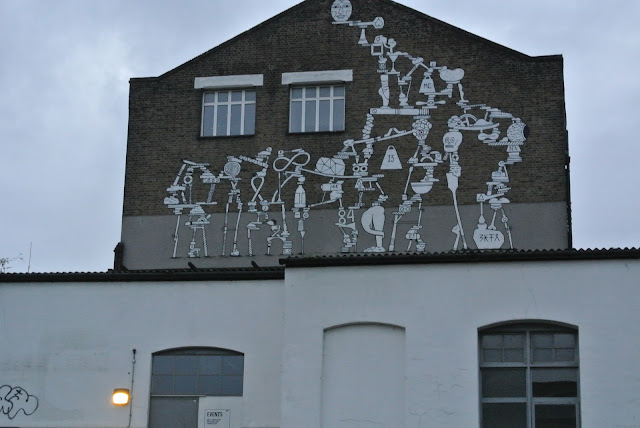 The main Olympic stadium which is now the home of West Ham football club. 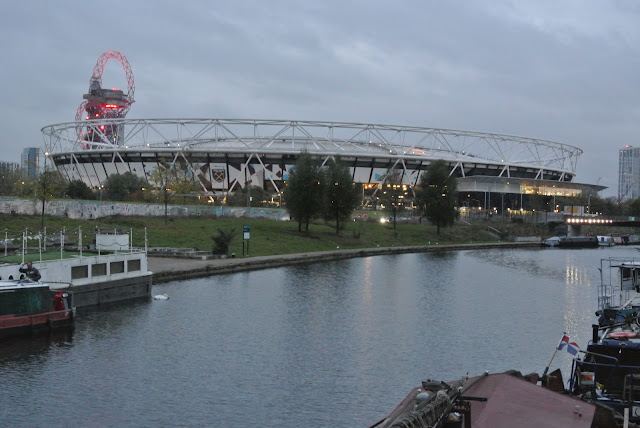 Here we left the Capital Ring to take a short detour to the station. This is where we will start the next section.

It was a great walk although I found it rather tiring. I can't wait to do the next section but we haven't set a date yet.

Tomorrow is a sewing day, I can't wait.

Lyndsey
Posted by Lyndsey at 23:37