Happy Quilting Day. I hope you've been celebrating by enjoying some quilting time. I've been stitching around the fishes on the baby quilt. What a great way to enjoy world quilting day.

I last posted on Wednesday which is always a busy day for me as we have Rainbows, Brownies and Guides. This week we were doing some Spring and Easter crafts. That meant cooking with the Rainbows but the Brownies and Guides were decorating eggs in the style of the eastern european decorated eggs. The girls loved looking at the pictures we put together to show them and enjoyed decorating their eggs. We used hard boiled eggs for the Brownies but the Guides blew their eggs. This egg was the work of one of 13 year old Guides. It's not finished in the picture. 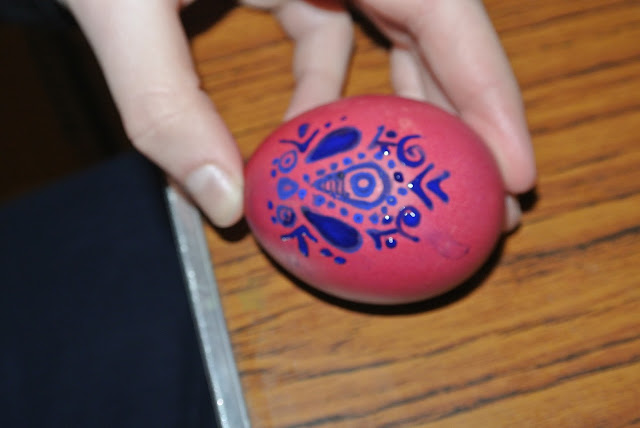 This was also the work of a Guide. The egg broke so she decided to set it up as if the chicken had escaped. 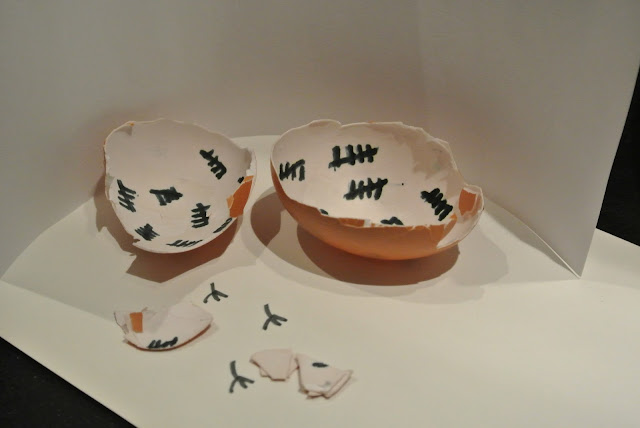 During the evening on Wednesday my right elbow started to be very painful and to swell. When I got home I had to ice it to reduce the swelling and pain Because of this I haven't been able to do any hand stitching. Instead I got out my colouring book. Kathryn gave me this book for Christmas. When hand stitching I use my right hand to work the needle but I can colour using either hand. 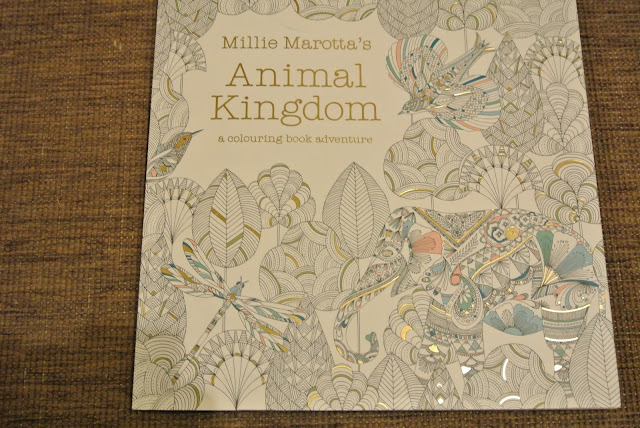 I started colouring the elephant ages ago and last night I finally finished it. 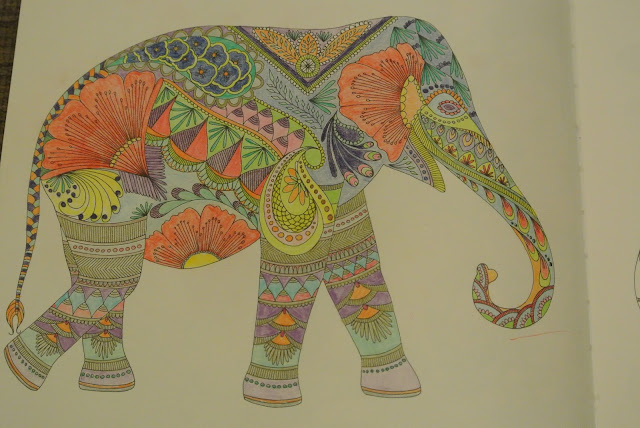 This picture had a partner with space for you to create your own patterns. I started colouring it without adding any additional patterning. I think I prefer the plainer elephant. 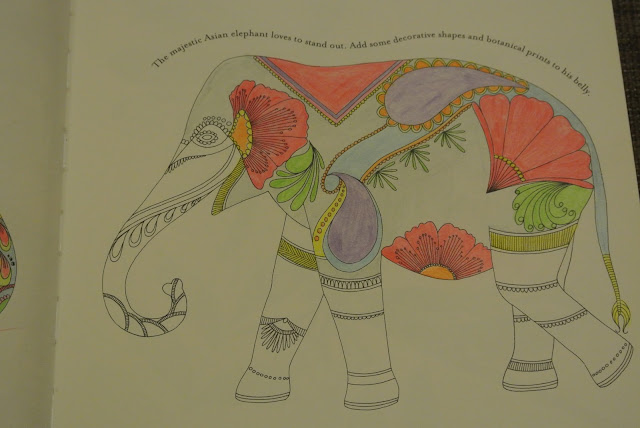 Today we all had a lie in. It was John's birthday on the 15th March and because of our work commitments we hadn't celebrated it.  Last night John, Richard and I enjoyed a large take away curry and settled down with wine to watch Sceptre. I've always liked the James Bond movies and had been looking forward to seeing this one. I know most people think that Daniel Craig is the perfect Bond but I'm not sure. My all time favourite Bond has to be Sean Connery. Anyway just as we started the film Lucy popped in and so we sat and chatted for a while Later, we switched the film back on but it meant it finished rather late.

Although the weather was cold John, Scamp and I headed to Wimbledon Common for a walk this morning.

Scamp loves a walk over the common. There is plenty of room for him to run off his lead which he loves. Today we didn't follow our usual route because John wanted to visit the high points in Wimbledon. No not the high life! He is try to visit all the highest points above sea level in our local area. It's a little geeky but it is quite fun. The oddest bit is often the actual high point looks like it isn't. The perspective of the land is really odd at time. As well as visiting the high points I wanted to find a couple of blue plaques. These plaques are erected in London to celebrate where famous people have lived. There are several blue plaques in Wimbledon. This one is to Robert Graves who was a writer. 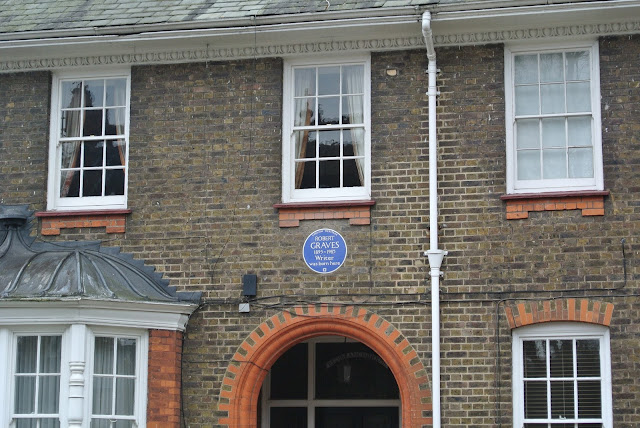 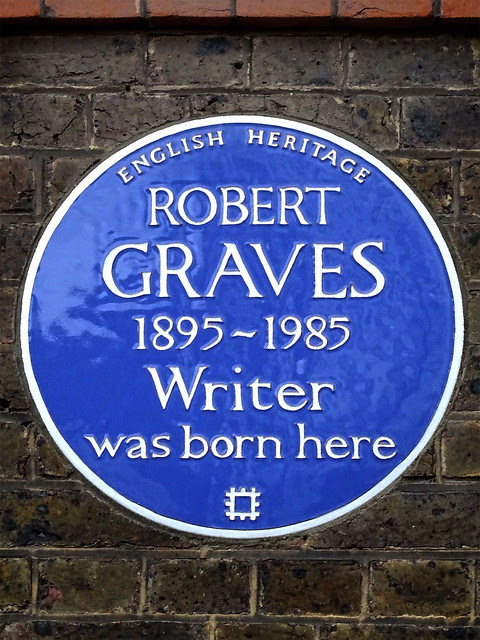 You can find out more about Robert Graves here

It's great having Wimbledon Common so close to home as it's like walking in the country even though you're in town. Rather than going across the common we walked along this path today. 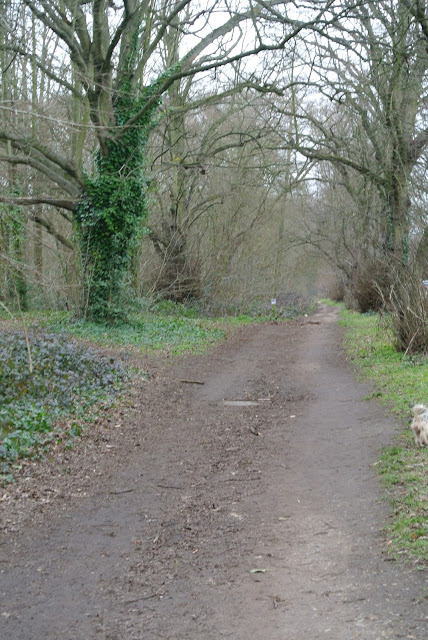 Although it looks very rural it runs alongside a busy road. 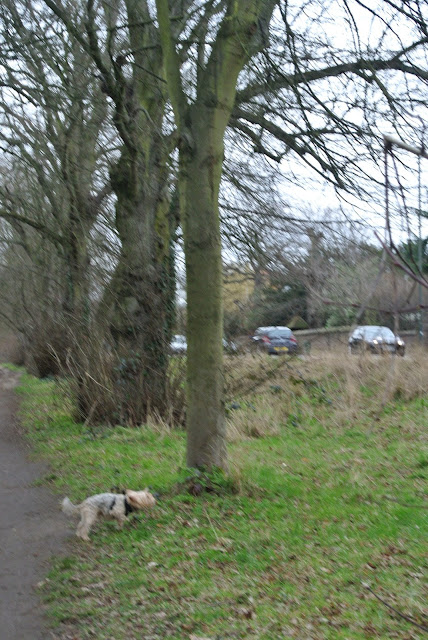 We didn't stay out as long as usual as the wind was bitter but when I got home I had a parcel from Amazon waiting. I pre-ordered this book earlier this year. 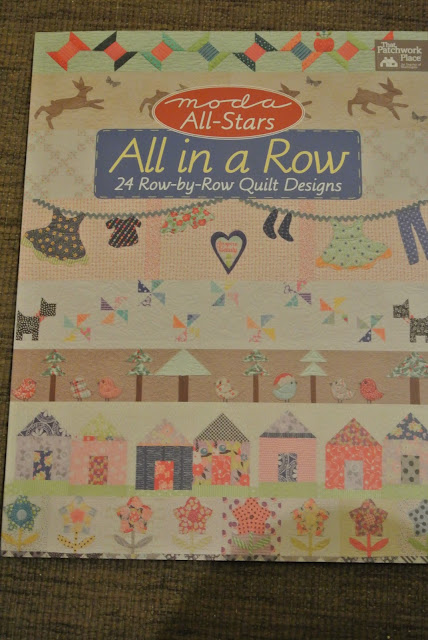 It was released in the UK this week. There are some lovely patterns and I have plans for later in the year.

That brings me to the point where I set up my machine and continued stitching the fishes down on the baby quilt. This quilt top will be finished by tomorrow. I then plan to put it away until I've finished the quilting on the nine patch quilt. I've plenty of time to get the baby quilt finished as the baby isn't due until the end of June plus I need to buy fabric for the back. It's lovely not to have a tight schedule to work to.

Tomorrow I need to catch up with making some blocks and I also want to make the quilt sandwich for the 'It's a dog's life' quilt.