This week Joan from MooseStash Quilting is hosting the Polar Bear Plunge blog hop. Thank you Joan for organising the hop, they are always such fun to take part in. 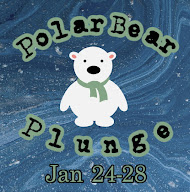 Since life has been a little bit hectic recently with my brother being in hospital over Christmas and New Year, work being vey busy and Scamp needing extra care, I decided to keep this really simple and make a mug rug. I spent quite a bit of time checking out pictures of polar bears and enjoying videos of them frolicking in the snow. I needed to keep it simple so decided I wouldn't try making a picture of a whole bear but rather a head and upper body shot. I'm quite pleased with the result.  Here he is climbing out of the water onto the ice.   I used embroidery thread for his nose and eyes but I wish I'd done the same for the outline of his muzzle as it doesn't show up very well. 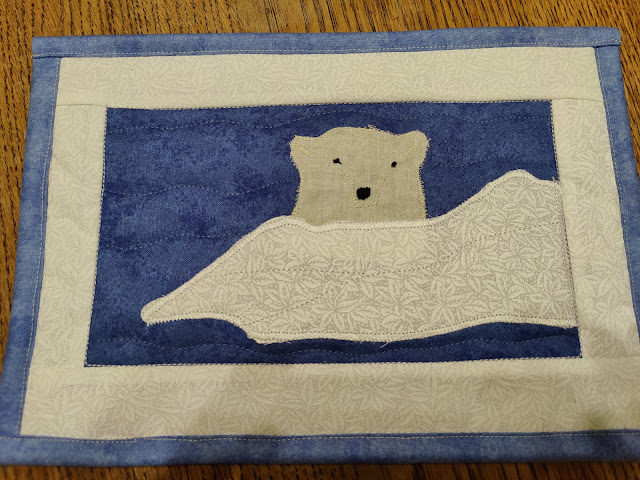 The remit for the hop said polar bear or something blue. Over Christmas, whilst tidying my sewing cupboard I found an orphan block. I made two of these blocks using the same fabrics but putting them in different positions. The second one I made was well sewn and was finished into a cushion cover and gifted. The orphan block in my cupboard was a mess. The points are all off and some of the seams (lots of the seams) don't match very well. I like the block and didn't want to throw it a way as that seems such a waste. I decided to do some work on it to tidy it up a little and quilt it. The tidying up was very basic as I didn't want to take the block apart. I decided to quilt it by stitching round all the seams and I made a game of trying to complete each round without cutting the thread. 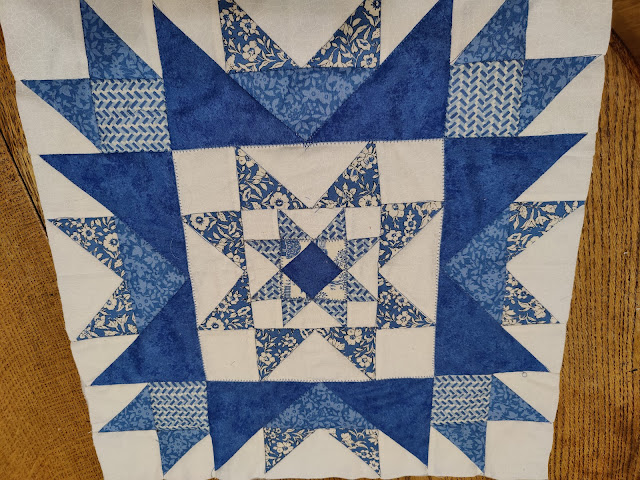 You can still see where seams don't meet properly but it doesn't look too bad. Over the weekend I'll add the binding which is the same fabric as the binding on the polar bear. For the back I used a brighter and sparkly blue fabric I had in my stash. I couldn't use it for the binding as it doesn't go with the blues on the front. Whilst most of the quilting was straight stitching I did do some zig zag stitches around a couple of the squares. 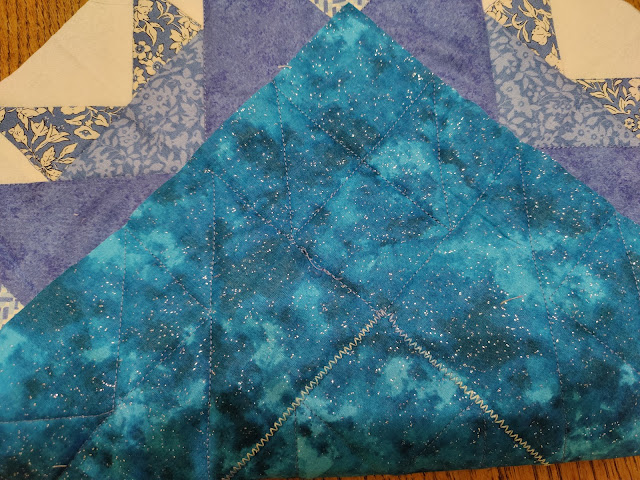 Here are the rest of the blogs taking part in the final day of the hop. Why not pop over and visit them to see what they've made.

Sew Many Yarns (you are here)

I'm going to make myself a cup of tea and settle down to visit all the blogs taking part in the hop.