Wish upon a star 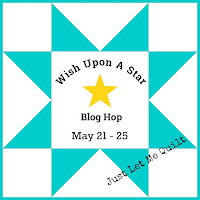 Today is the start of the wish upon a star blog hop being run by Carol from Just let me quilt Thank you Carol for organising these hops as they are such fun to take part in and a great source of inspiration. I love seeing what everyone has made. For this hop we could make whatever we liked but there had to be a star in it somewhere.

My first idea was to make a table runner. I had four lonely star blocks that I'd made for a project a while back and then hadn't used. 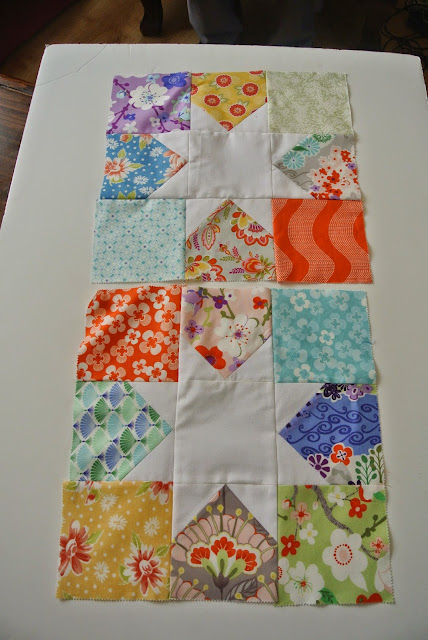 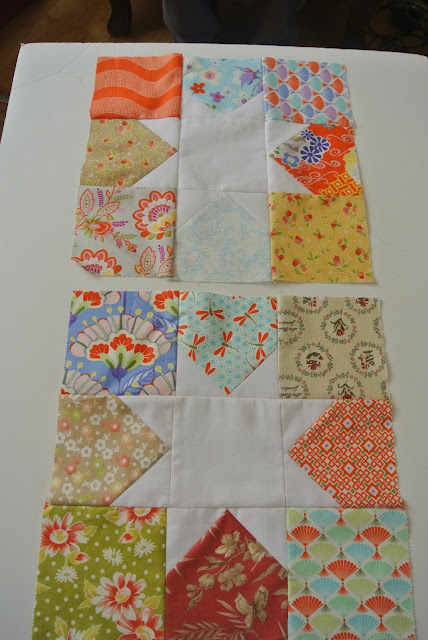 I will use these blocks eventually but as part of a scrappy quilt. I will need to swap out one of the squares in the top block of the picture above as there is too little contrast but that will be easy. Using these blocks up didn't interested me at the moment. Then inspiration came from my students. One of them is pregnant and the baby is due in August. The rest of the group were discussing having a baby shower later in June and so making a baby quilt was a perfect idea. She knows she is expecting a boy so I could go for blue fabric.

The fabric choice took a little while. Everyone had a view on what fabric to use. In the end we went for these three, white, one blue and a cute animal print. 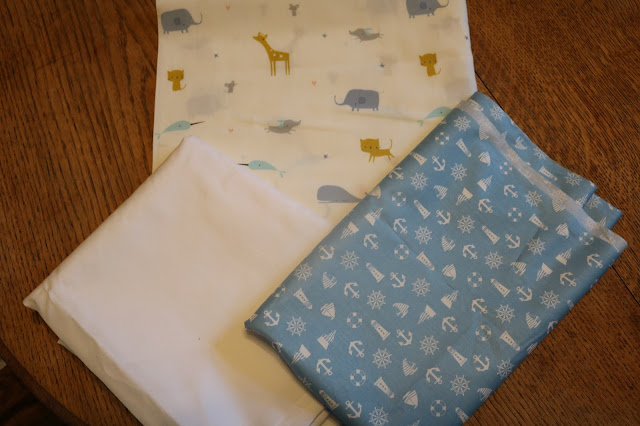 The next job was to decide on the pattern to make or so I thought. However the first choice was to decide on which star to use. I had great fun looking at lots of different star blocks. In the end I pulled these two. They had been part of the Moda Size matters blog hop and they helpfully give you the sizes of the pieces you need for different sized blocks. I decided to use both of these stars and to make 12 inch blocks. 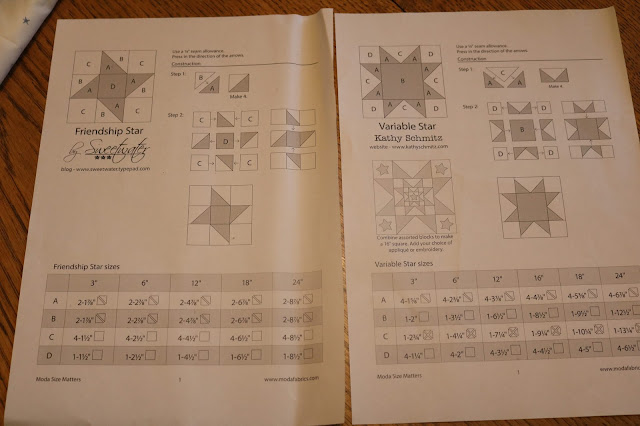 Here is the completed top. No one was around to hold the quilt for me so I had to lay it out on the bed. I tried taking the photo on the floor but where ever I stood I created a shadow. 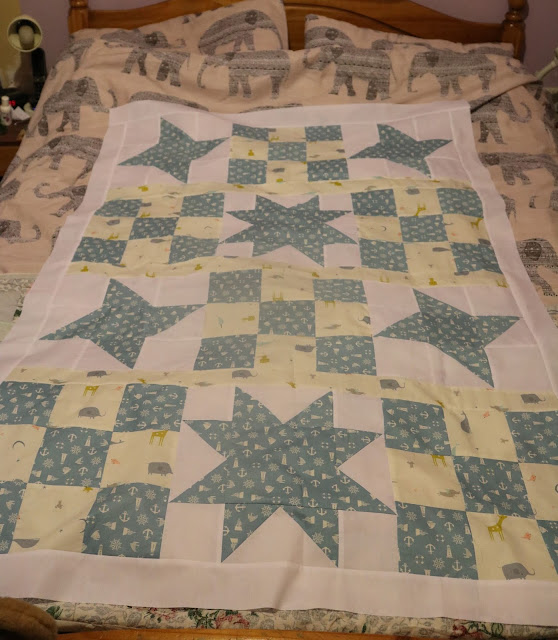 I'm very pleased that all the points on the stars are nice and crisp or should that be pointy? There is enough contrast between the animal print and the white and generally the pattern works well. The blue is actually darker than it looks in the photo. The animal print is directional but I didn't worry about that I just let the pieces be sewn in any which way. As a result whichever way you look at it there are animals facing you.

I pieced the back from the blue and the animal print. The quilt is now sandwiched and waiting to be quilted. I would have made a start on it but I want to finish the quilting on my compass quilt first. My machine has been a bit temperamental when quilting recently so I didn't want to alter the thread or settings in case it played up. As the baby shower will be in June I have time to get this quilt finished during my weeks holiday.

Here are the blogs posting their projects today. Do pop over and visit them.

May 21
Moose Stash Quilting
Tu-Na Quilts, Travels, and Eats
Quilt In A Not-Shell
What About Rheema?
Clever Chameleon Quilting
Sunlight in Winter Quilts
Life in the Scrapatch
Sew Many Yarns (You are here)
Hazel’s Daughter

I'm looking forward to seeing what everyone has made..

Lyndsey
Posted by Lyndsey at 00:28