The sun came out.

After the cold icy and snowy weather we had recently, the temperatures have risen and the sun has appeared. Here in London it's dry which I count as a win win. The temperature is currently 10 degrees Celsius. I'll head out for a walk a little later this morning but first I wanted to add the binding to my quilt for the blog hop on Monday. Yesterday I finished the quilting and I'm rather pleased with the result.

Once I'd added the binding I finished off the remaining diamond blocks for the Red Mansion House quilt. Once finished I added the border to the central block. 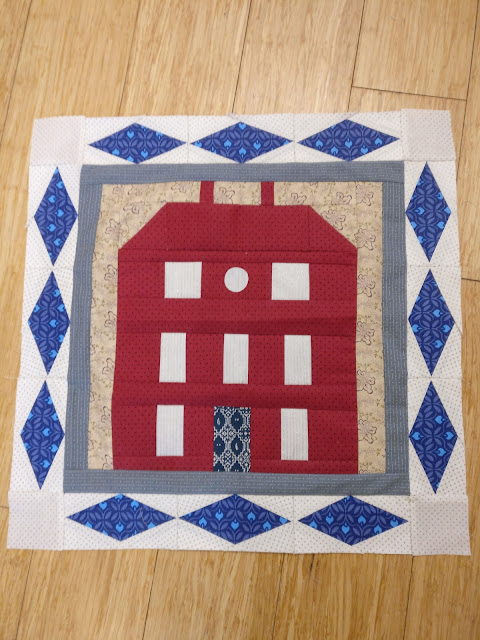 The diamond blocks have still got the papers in as the quarter inch sewing line will be useful when adding the next round. I think I'm becoming a FPP convert. I found the process easy and enjoyable. The next round also has some FPP so I'll have some more practice.
I made a small repair on Richard's Star Trek quilt before I popped it into the washing machine. Once clean and dry I'll give it some new binding as it's quite worn in places. Then it was time for our walk. We headed to our local cemetery, which is also a nature reserve.  It felt very spring like and there were a lot of flowers around. I loved the bluey purple of these ones and I even got a bee gathering nectar and pollen. 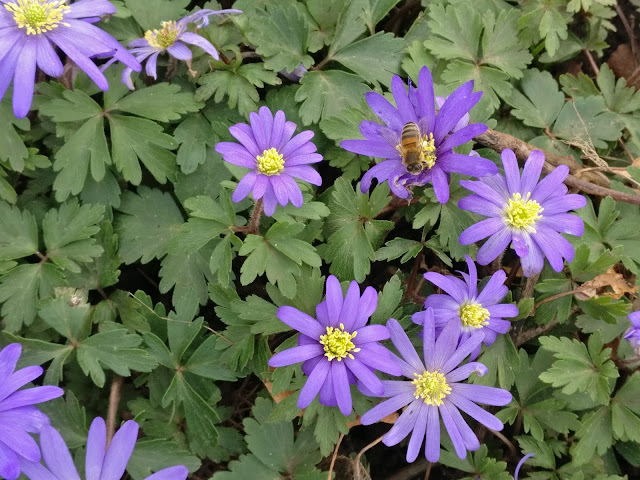 There were quite a few daffodils and narcissi around. 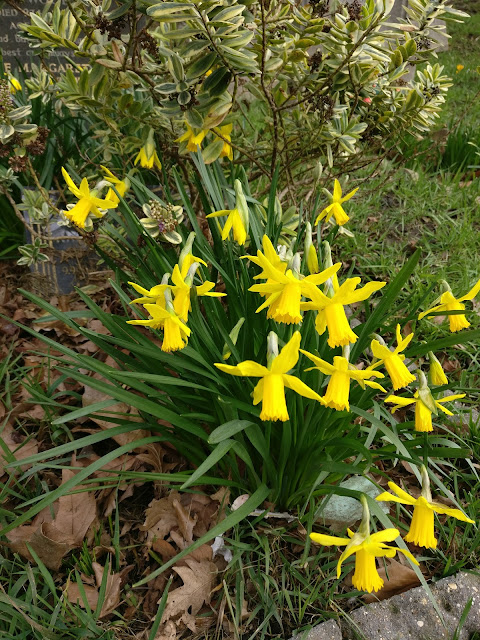 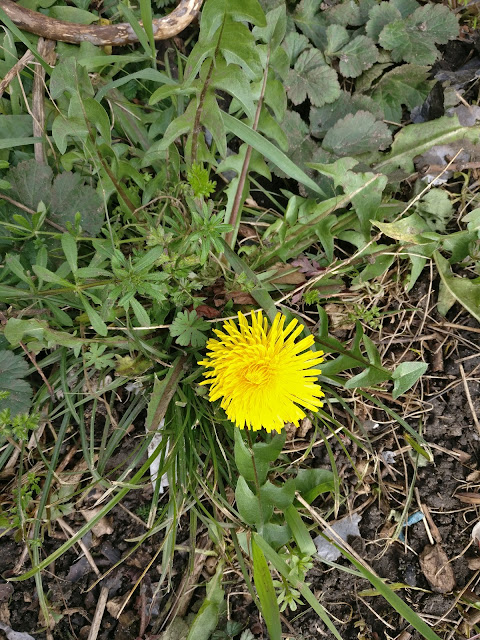 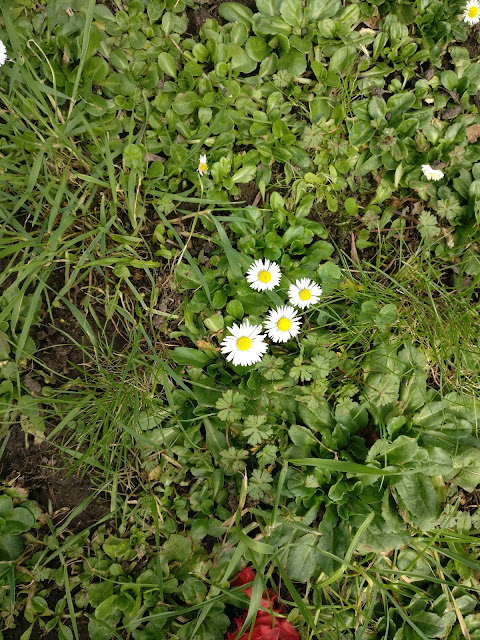 and various shades and colours of crocuses 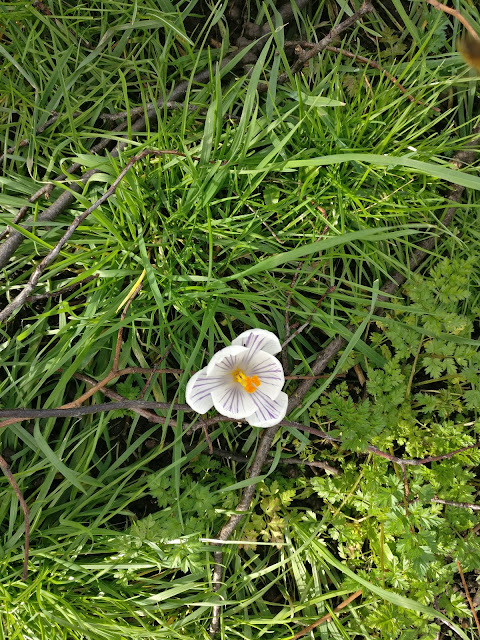 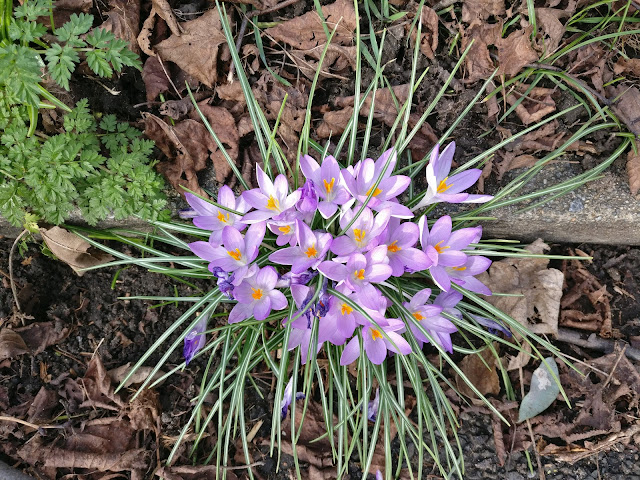 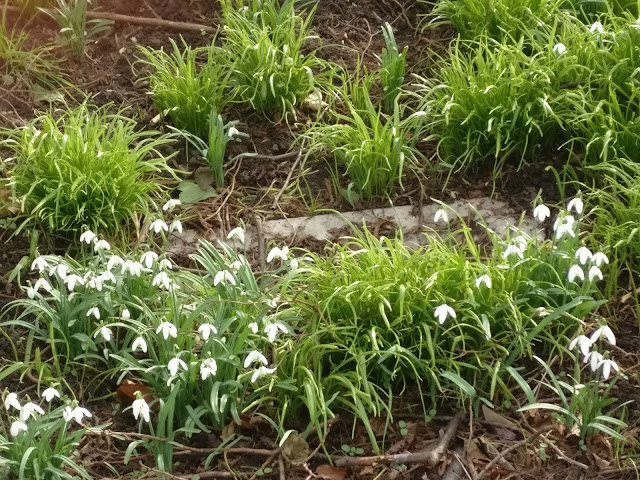 and large drifts of crocuses. 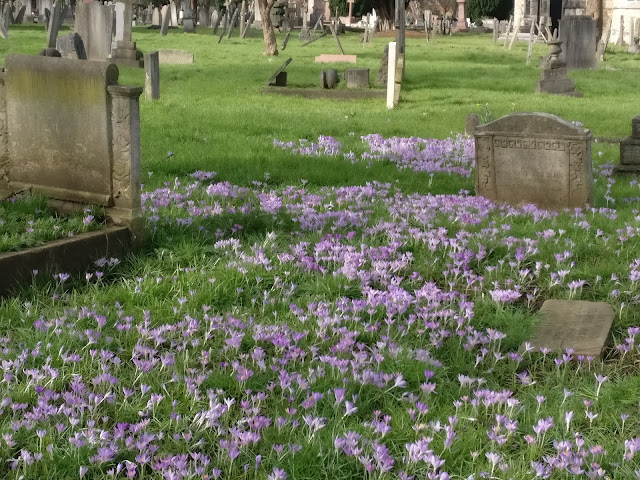 This young fox was also very interested in the cat hiding in the grass. He really couldn't make out what it was. The cat was most unimpressed by the fox and a short catty hiss soon had the fox scurrying off. 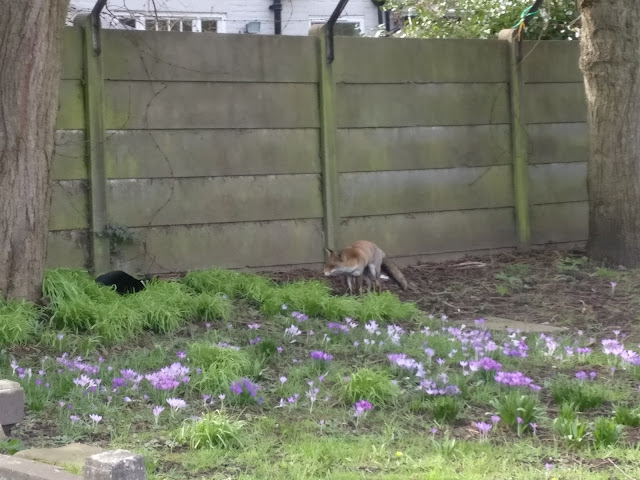 We also saw one of the green woodpeckers and the great spotted woodpecker. Spring seems to be on its way.
Later in the afternoon I had an eye checkup. I'm pleased to say the results were good. The early stages of a cataract that was present last year hasn't progressed at all, the pressures were fine and my vision hadn't changed. I didn't need a change of lenses so no large bills to pay.
This evening I had bought two tickets to Romeo and Juliet at our favourite theatre in Richmond. This production was filmed and streamed at normal theatre time. Lucy cooked us dinner and we watched the play on the TV screen whilst enjoying a glass of wine. The production was excellent and I now have two new young British actors to follow, Emily Redpath who played Juliet and Sam Tutty who played Romeo.  Today has been a really good day.
I'm hoping the weather stays good tomorrow as I need to get more exercise. Last week I spent a lot of time sat in meetings via video. I also need to do some yoga tomorrow. I've found I can fit some yoga in every couple of days. I'd love to be able to do it every day but that requires an increase in the number of hours in a day.
Take care
Lyndsey