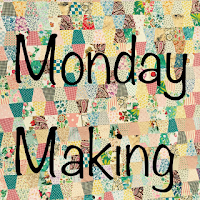 I had made a promise to myself that I wouldn't start a new project for a while but a little one isn't really a problem, is it? I had also made a promise to myself that this year I would try new things when it came to quilting. My new project covers the second point. I need to make another baby quilt and since my recent quilting magazine came with free apple core templates this seemed the perfect time to try them out. It will also give me the opportunity to practice joining curves. When I'm dressmaking I'm good with curves but there aren't usually that many curves on any one article of clothing. This is different, every seam will be a curve. Still nothing ventured, nothing gained. It's not even the end of January and I'm ready for the challenge. The first challenge was working out how many apple cores I need for the quilt. I can always convince myself a quilt is almost finished when I've worked out the size and the fabric is cut. When I visited my favourite quilt shop before Christmas I purchased some new blades for my 18mm rotary cutter. This made the cutting process go quite quickly but it was still very fiddly and my wrist hurt by the end. I still need to cut a few more but that will be for another day. 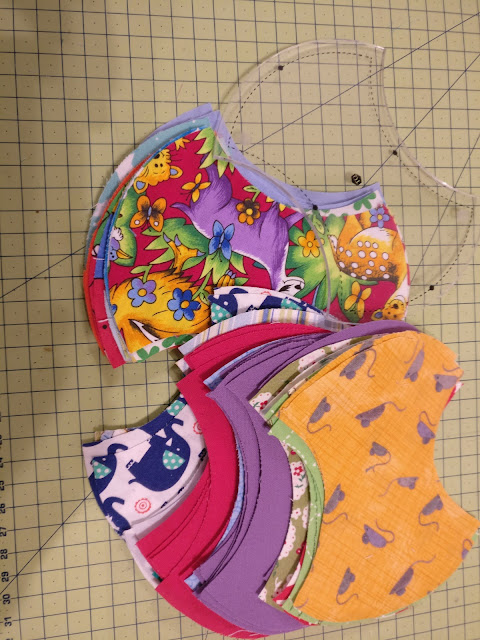 Before I started stitching the cores together I read the information that came with the templates. This told me that pining the pieces was important as it helped to prevent puckering on the curves. It also told me to put the convex curve on the bottom and pin the concave curve to it. I tried this  for the first few seams but I found it easier to have the convex curve on top. To join the cores I folded the convex curve and finger pressed the mid line. I did the same with the concave curve. you can just see the press line in this photo. 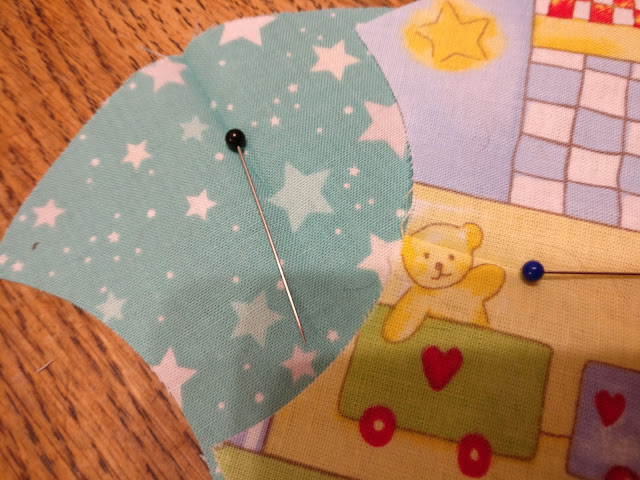 With right sides together I matched the two press lines with the convex curve uppermost. I then pinned the sides and finally added a pin or pins in the gap. While pinning I checked that I still had a quarter inch seam and that I had pinned in any additional fabric or puckers. Whilst the the covex curve is nice and flat that concave curve tends to look bunched up 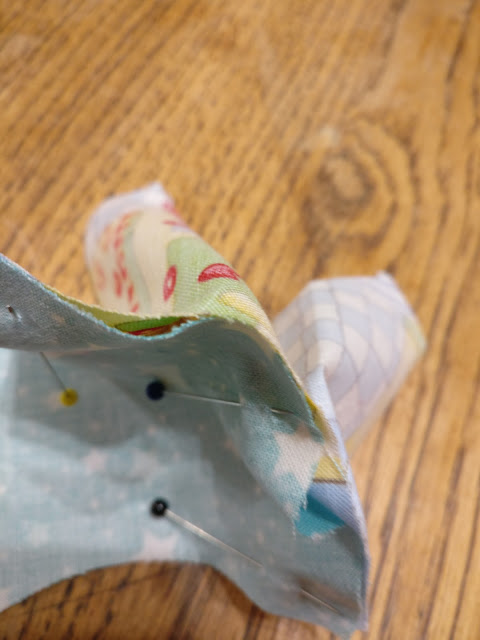 When fully pinned and ready to sew the pieces look nice and even and smooth. I still needed to stopped whilst stitching and lift the presser foot to move the fabric under the needle. I know most people would pin the opposite way so they can pull the pins with their right hand as they stitch. I prefer to pin this way and I take the pins out with my left hand. 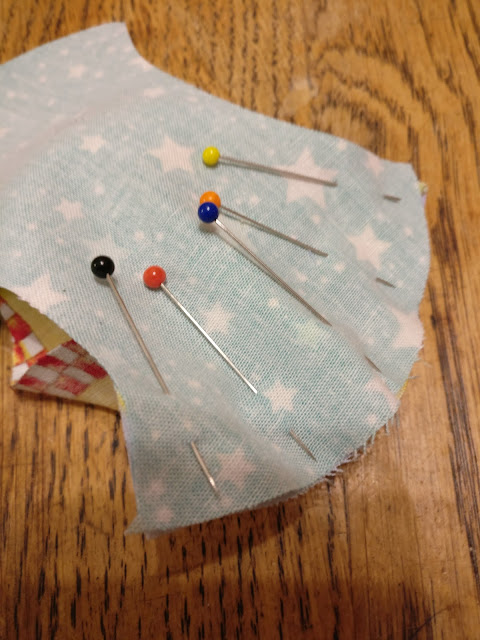 To sew the curves I reduced the length of the stitch slightly and I also reduced the speed of the machine.  Once I got going on stitching the curves it all went smoothly. I love the completed rows. Now I need to practice sewing the rows together. 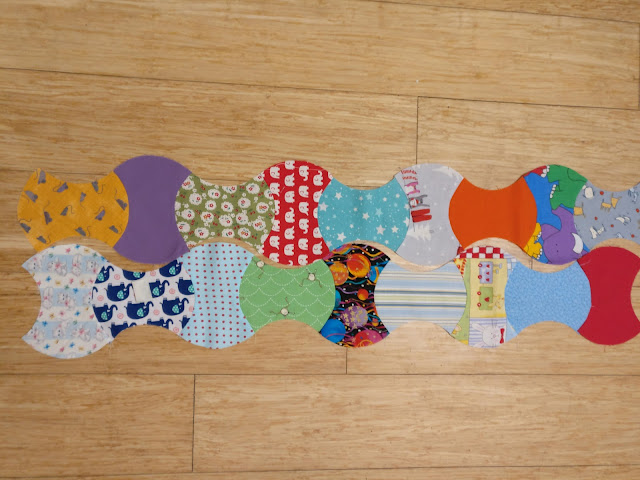 Once stitched together the seams are clipped and pressed to the concave curve. I like the way the pieces look from the back. 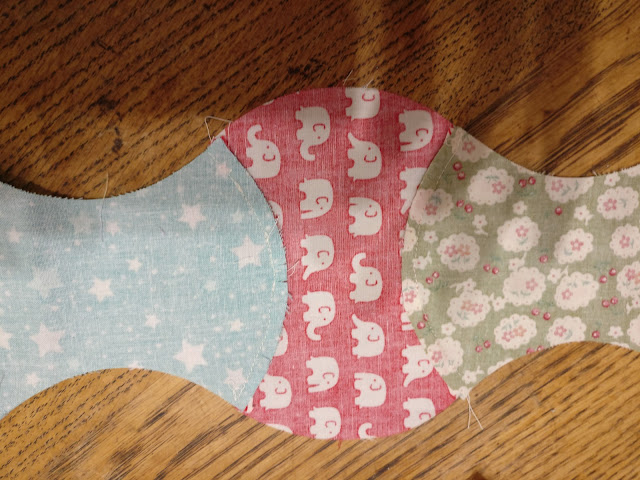 So far my challenge to myself to try a new technique is working out well. On Wednesday I have some free time and I'll work out how to join the rows.
It's raining again but at least it isn't the storm some of you are expecting.
Take care and stay safe.
Lyndsey
Posted by Lyndsey at 23:26