A puppy, stitching and a walk

My plan for yesterday evening was to complete the stitching on the giraffe and Noah block. Having decided how I was going to stitch Noah's beard I was ready to start the stitching. The pattern said to use white for the beard but I wanted to make it a little more realistic and fun. I decided to use one strand of white and one strand of very light grey thread and to use short straight stitches. In next to no time this block was finished and I was pleased with the result. I must have moved slightly when I took this picture but at least the fuzzy bit is only at the top of the shot. 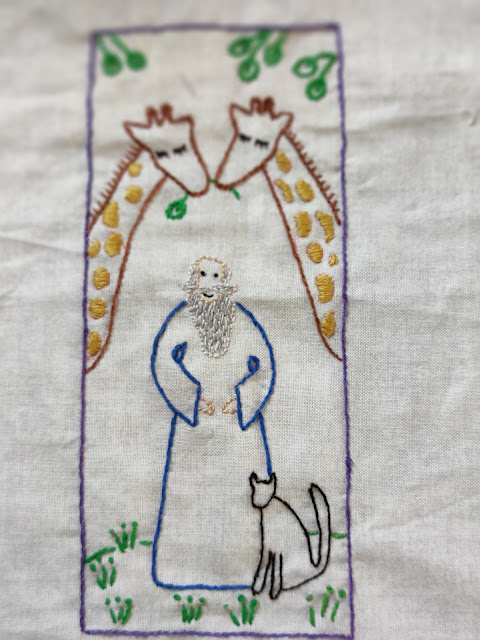 I have completed quite a lot of the lion block and it should be finished tomorrow. 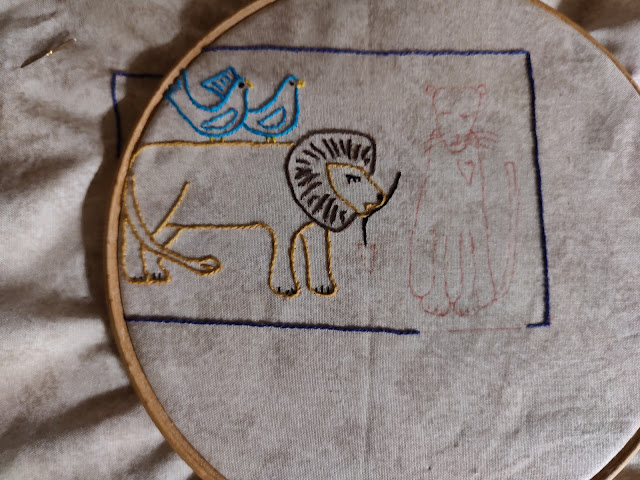 Missy is settling in well and is a joy to have around. She is also very tiring but that's true of any young baby or animal. She has periods of intense activity playing with her toys and then flops to the floor asleep for a while. At the moment she can't go outside as she hasn't had her vaccinations. She'll have the first one next week and the the second 3 weeks later.

Today John and I decided we needed to get some exercise. The weather was perfect for a walk and so we decided to walk to Morden Hall Park. As we walked along the road by the hospital we saw a beautiful wisteria. The smell from it was fabulous. 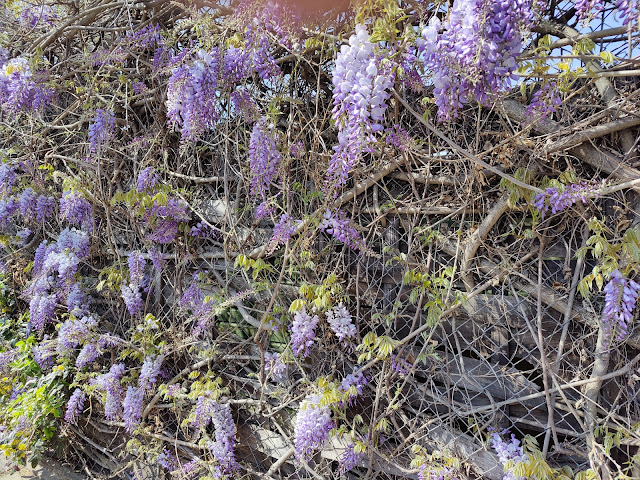 A little further on, as we walked through Wandle Park we saw this pretty flower. Some like this one had pink on the outside of the petals and others were yellow. The app John has for identifying flowers couldn't give us the name. 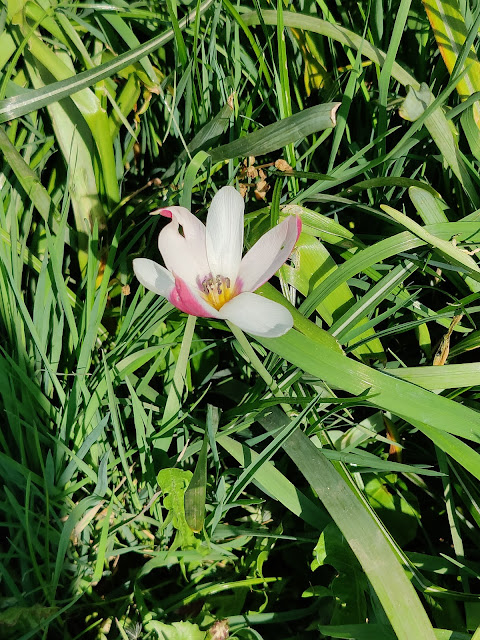 We walked along the side of the river Wandle. I found the sound of the water very soothing. 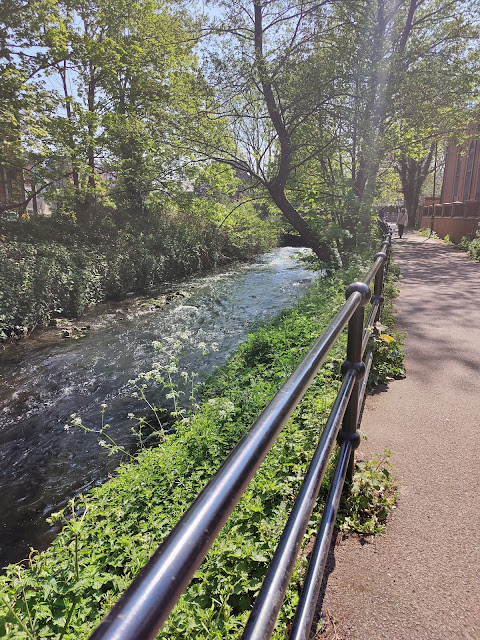 It felt like we were miles from anywhere but we were in London and not far from a lot of people enjoying the sun in the park. At one point we turned onto the main road and came across a post box that had a crocheted top to it. 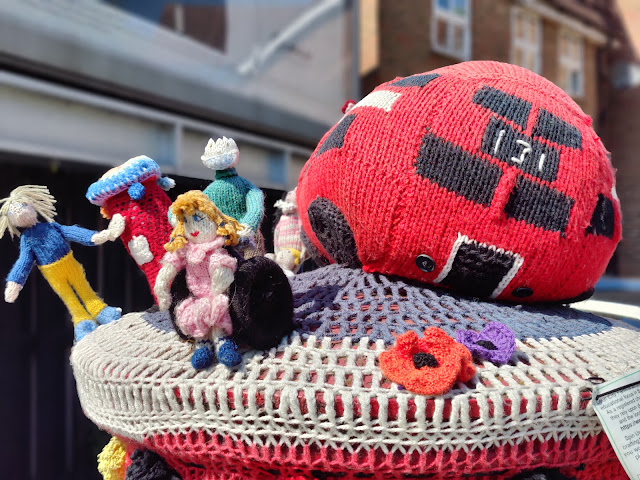 The post box was next to the bus garage and the number 131 bus runs out of this garage.

We  continued along the river and then followed the path into Morden Hall Park. It was very busy, with lots of people enjoying the sun. Some people were paddling in the river whilst others were enjoying picnics on the grass. We stopped at the café for coffee and a piece of cake, which was most enjoyable. We then walked a little further and came to Morden Park. This was nice and quiet. Having rested we set out for home. The walk itself was 8.5 miles, but easy walking.

After dinner I picked up my stitching again and I hope to have the lion block finished tomorrow. I think that just leaves two blocks to do and then I can put the quilt together.