For various reasons last week got a little busy and so very little sewing got done. Looking back I can't identify any specific reasons I was busy but it was a mixture of work, family, garden, cleaning and life in general. However there was some progress on sewing projects along the way. I completed the little frog embroidery, 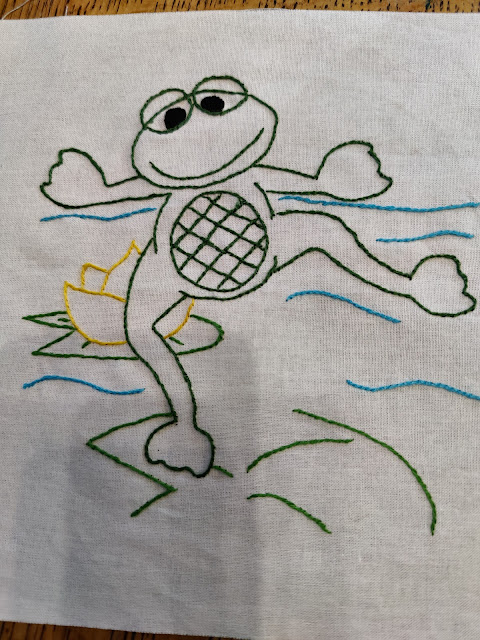 and started on the next Pride and prejudice block. This block should have been stitched in June but it's better to get to it later rather than never. Picasso is convinced his legs are neater than the ones on the stitching. These are his back legs as he just walked across the shot. 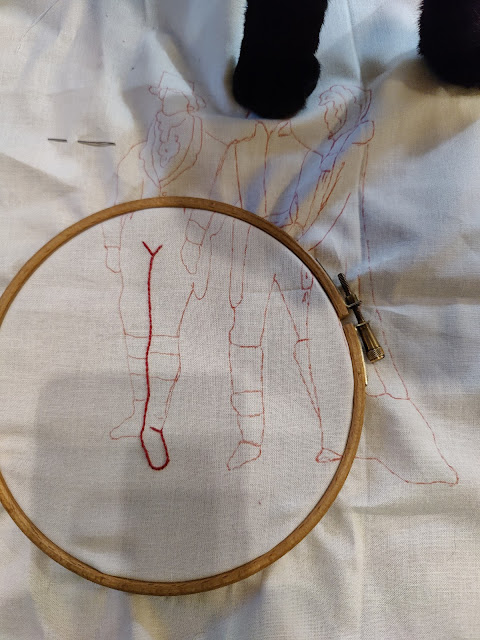 I have already completed some more of this stitchery but not enough to warrant another photo. On Saturday I started to add the applique to the front of my cushion cover. When I last showed you the progress I had just completed the hexie flowers. 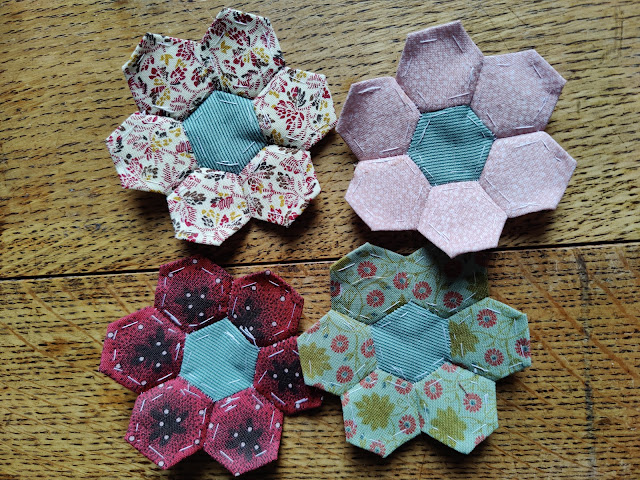 Two of these have now been added to the cover along with some leaves and the watering can. I'm using machine embroidery to add the raw edge applique. I'll remove the tacking threads when I have added the rest of the applique. I had intended to use bondaweb but I found I didn't have enough for all the pieces so used pins and tacking instead. 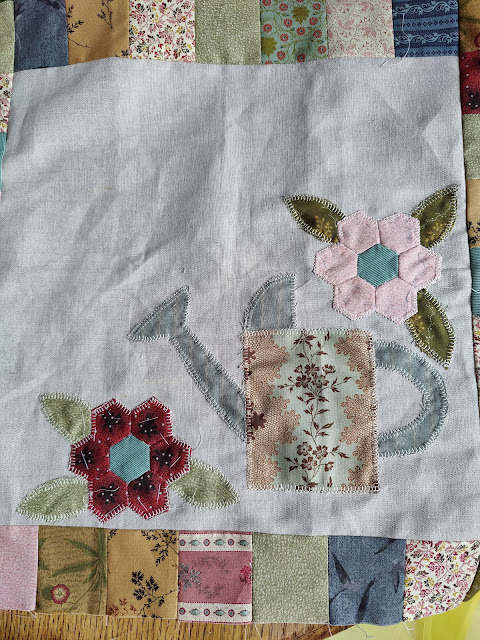 I was hoping to add the remaining flowers and the bird but I forgot we were going to an art exhibition with Katy on Sunday. After the exhibition she came home with us and once he had finished work, her finance Olly joined us for a family dinner. It was really enjoyable to have the family all together again. It was also a tiring experience since we seemed to all end up talking at once. Having not seen much of each other for the past year and a half we had so much we wanted to share.

On Saturday I did some sewing on the blouse I'm making. I have the body all joined together and the front facings are done. Now I need to add the sleeves. I probably won't work on this until the end of the week. I had also hoped to do some quilting on my large quilt. So far I've quilted one block of 36. It's a lot cooler today so I decided it was a perfect day for quilting. I just got all set up when John reminded me we were going to the exhibition. \Never mind I'm only holiday soon and I'll have more time for sewing.

As we came out of the exhibition it was raining so we hurried back home. We arrived back safe but a little soggy from the rain. There were weather warning for thunderstorms over London and it bought more flooding with it, but luckily it did not affect our area of the city.

Once home scamp showed his disgust at being left at home by snuggling up with Lucy and looking really forlorn. 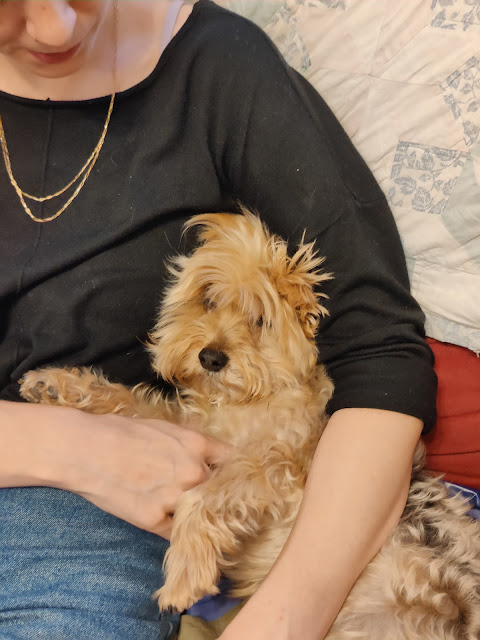 He desperately needs his fur trimming and generally tidying up. He has his appointment booked

I'm working Monday, Tuesday and Wednesday of this week and I plan on spending some extra time trying to complete everything I need to get done. From the end of next week I'm on holiday and want to be able to forget all about work for the duration. Tomorrow evening I'm going to try and complete the cushion front but now I need to get ready for bed and spend a few minutes relaxing with my current book.