Today in the UK is Fireworks night. The event celebrates the fact that the gunpowder plot did not succeed. The plot was an assassination attempt on King James 1 by English Catholics. The plot was led by Robert Catesby  who wanted greater religious tolerance. Unfortunately this hadn't been forth coming and so the plan was to blow up the House of Lords during the State Opening of Parliament on November 5th 1605.The plot was revealed to the authorities in an anonymous letter and on the 4th November Guy Fawkes was found under the House of Lords guarding 36 barrels of gunpowder. The conspirators fled London with several being caught and shot. The remainder were rounded up and stood trial. they were found guilt and hanged. We still celebrate that the plot did not succeed and that the Kind survived. Fireworks have been going 'bang' for some time this evening and Scamp is getting very stressed. Picasso on the other hand loves fireworks and likes to sit on the window ledge and watch them. Kathryn and Olly have gone to an organised firework display and they've WhatApped a photo of Katy enjoying candyfloss.

Whilst all the fun is going on outside  I have been deciding my monthly goal for November, 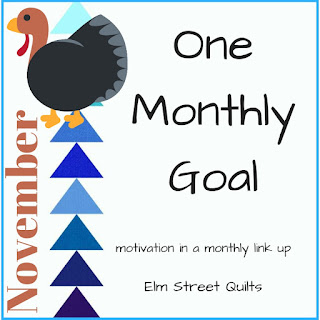 Using the monthly goal as a motivational experience I managed to finish the main bulk of the knitting on John's jumper. All I have left to do is the collar and that shouldn't take long. This month I want my goal to be a sewing project. Having remembered that I had started a new Christmas quilt I decided this should be my goal for this month. The pieces are all cut. 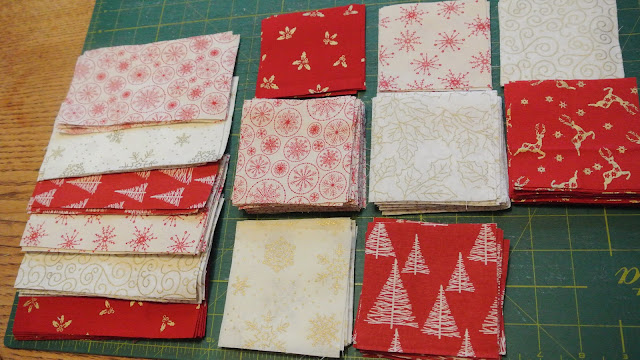 Pieces have been put into sets ready for stitching 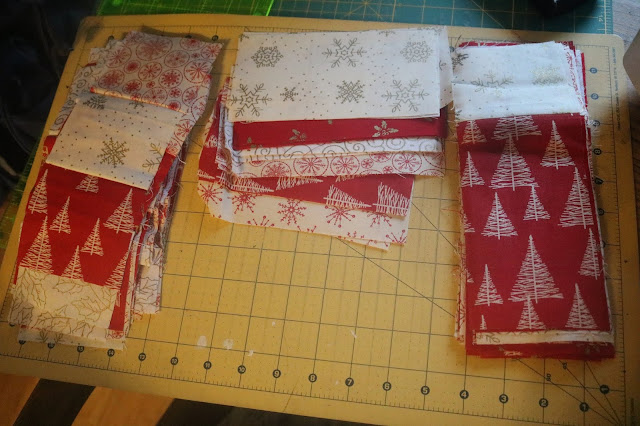 9 patches and match stick men are all made. 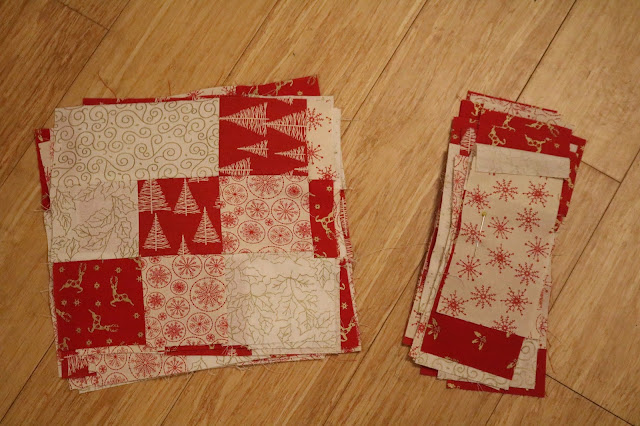 The quilt needs friendship stars, and several are already made but I have also made a lot of half square triangles ready to make more . 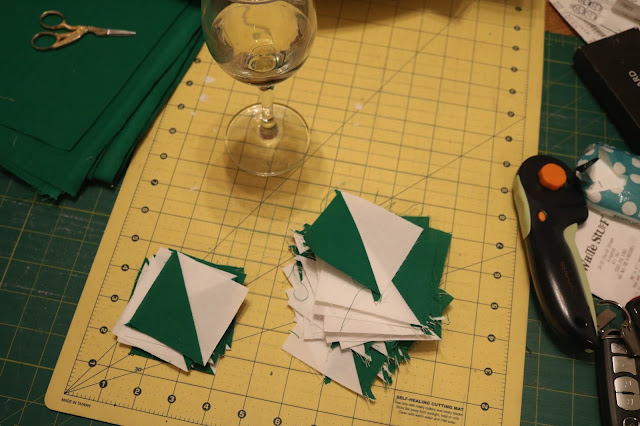 At the moment the top is still a load of individual pieces but I reckon I could put it all together into a quilt top in a month. This is doable right?

Tomorrow I am running our Brownie and Guide units so there will be no sewing happening. I'll be back on Thursday. Take care

Lyndsey
Posted by Lyndsey at 20:57